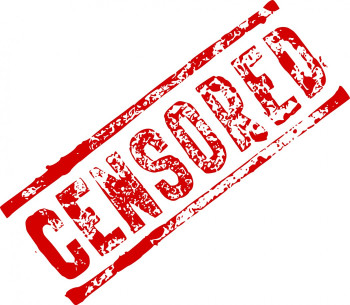 However, since since the injunction, a court order banning publication of the information, was obtained, the story has gotten legs, with media in other countries able to name the people allegedly involved and the British media devoting coverage to the injunction and its obvious loopholes.

The celebrity couple used the pseudonyms PJS and YMA. The allegation is that PJS had “occasional sexual encounters starting in 2009” with someone denoted as AB, which later developed into a “three-way sexual encounter” between PJS, AB and AB’s partner CD. The whole story came out because AB told the Sun on Sunday in January about the interactions and then PJS and YMA sought an injunction.

The celebrities are both entertainers and have children.

At first, the injunction request was dismissed, but the Court of Appeal granted the injunction, the Telegraph reported March 21, because it agreed it was important to keep the celebrites’ privacy.

The Sun pointed iMediaEthics to its news reports on the matter. It has published numerous articles about the injunction gag, including a “Sun Says” report arguing:

“In England and Wales we’re prevented from printing the truth, because a judge has decided the privacy of fame-hungry celebrities trumps exposing their rank hypocrisy.

“The injunction is an outdated assault on free speech and, as one MP has said, sets a worrying precedent for ‘judge-made law.'”

Despite the injunction, outlets outside of England and Wales have named the couple allegedly involved because they are not held to the injunction. For example, Huffington Post UK noted “The Daily Mail printed a version of an article that its US website had been able to publish, with all the redactions it was forced to make by the injunction.”

A Scottish newspaper named the alleged couple, but English media couldn’t name which newspaper did it, and the newspaper couldn’t publish its report online. “Even the name of the Scottish newspaper cannot be identified in English-based publications because it risks breaching the terms of the injunction,” the Telegraph reported.

That Scottish news outlet was the Sunday Mail, its sister publication the Daily Record reported. “TODAY the Sunday Mail’s Scottish print edition identifies the A-list couple at the centre of a super injunction storm, and here we make clear why doing so is important,” the paper wrote.

UK Parliament member Philip Davies called the superinjunction “an absolute farce” and called for judges “to get real with the modern world,” according to the Telegraph. He criticized the ability for celebrities “who use the media to secure positive media coverage” to get the court to keep negative news out of the press.

“Someone in the northern parts of England who is banned from knowing this information could walk to Scotland and read it in the newspapers there – it’s an absolute mockery,” Davies commented, the Telegraph reported.

The Sun published a form letter for readers to cut out and mail to their local Parliament member to complain about the injunction and request an appeal.

See all of iMediaEthics’s stories on injunctions.

In 2012, Ryan Giggs dropped his anonymity injunction banning the media from reporting allegations he had an extramarital affair with former Miss Wales Imogen Thomas, as iMediaEthics wrote at the time. He took out a superinjunction back in May 2011, but Thomas wasn’t able to due to the cost of going to court to request an injunction, so she was named in reports.

Scottish newspaper The Sunday Herald published a photo of Giggs with a black bar across his eyes despite the injunction and UK Parliament member John Hemming named Giggs during a parliamentary proceeding, using a loophole allowing him to circumvent the injunction.

UPDATE: 4/21/2016 6:50 AM EST iMediaEthics has been watching the Supreme Court hearing that is currently ongoing. Read our report here.