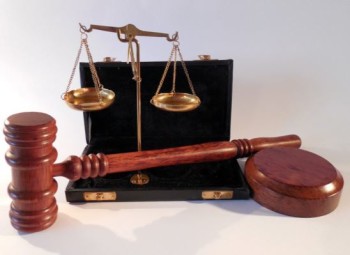 Why? BuzzFeed’s April 2015 article, “The King of Bullsh*t News: How a small British news agency and its founder fill your Facebook feed with stories that are wonderful, wacky – and often wrong” claimed that CEN and Leidig “often” sells bogus “oddball human interest pieces” to various news outlets. BuzzFeed wrote:

“The firm’s business model, like that of many other news agencies, is to sell a regular stream of stories and pictures to other media companies, which publish them under the bylines of their own reporters. In CEN’s case, these include a string of stories from relatively remote parts of China, India, Russia, and other non-Western countries. They tend to depict the inhabitants of those countries as barbaric, sex-crazed, or just plain weird. And often they are inaccurate or downright false.”

BuzzFeed said it surveyed 41 “particularly attention-grabbing” stories from Central European News and found” 11 proved to be completely false or to be based on images that did not match the stories; eight more contained suspicious details such as perfect quotes that appeared in no other coverage; 13 we were unable to verify either way; and nine appeared to be real or mostly real.”

BuzzFeed went further, saying that “the evidence assembled by BuzzFeed News suggests that an alarming proportion of CEN’s “weird news” stories are based on exaggeration, embellishment, and outright fabrication – and that the company has scant regard either for the accuracy of its content or for what happens to the people” featured in stories.

In a letter from CEN’s lawyers to BuzzFeed in April 2015 before the article was published, CEN denied it fabricates, claimed that it is “BuzzFeed’s main competitor for viral news content in the UK market,” and accused  BuzzFeed of trying to “fish for information from our clients” to hurt CEN.

Leidig told iMediaEthics by e-mail, “The decision to take legal action should always be a last resort. But after successive BuzzFeed UK editors ignored requests for the article to be removed or substantially corrected because of the significant errors, and BuzzFeed is not signed to [UK press regulator] IPSO, we have been left with no other option.”

The lawsuit called the headline, “the King of Bullshit News” both “false and defamatory” as well as “published with reckless disregard” and “in a grossly irresponsible manner.” The lawsuit claimed that Central European News, which was set up in 1995, “decided to go into the business of fabricating and selling fake news stories,” which the lawuit says is “false,” “defamatory” and “published with reckless disregard.”

Central European News’ “main business is providing news from non-English-language countries to clients in the British press and elsewhere,” the lawsuit says.

The lawsuit claims that BuzzFeed reporter Alan White e-mailed a “lie” to Leidig by saying that “I understand that you are producing this viral content for sale in order to fund your laudable investigative journalism…and I am keen to reflect this fact in the article” for BuzzFeed, when the lawsuit says BuzzFeed “only wished to smear and defame” Leidig and Central European News “as journalistic frauds.”

The lawsuit claims that BuzzFeed “meant to and did imply that Mr. Leidig or others at CEN frequently make up quotes included in CEN’s stories,” which is “defamatory,” “false” and “published with reckless disregard.”

The lawsuit pointed to the impact of BuzzFeed’s publication, writing that ever since the article was published “anyone searching on a major search engine for either Michael Leidig or Central European News will see, on the first page of the list of responses,” the article in various languages. This led to “many clients…stopped using its news service.”

CEN’s sales in April 2014 were “a reduction…of about 30%,”  “some clients are demanding lower rates per story,” and a “potential high-six-figure investment…disappeared,” the lawsuit said.

The lawsuit adds that the last conversation that Leidig had with his father before a “massive stroke that left him unable to communicate with ohters” was about the article, leaving “the last memories Mr. Leidig’s father had of him were of disgrace and possible ruin as ‘The King of Bullshit News.'”