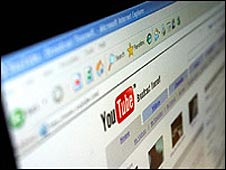 BBC wrote: "YouTube is the site that is most often banned or blocked."

In what is being described by some bloggers as the Great Firewall of China,  the Chinese government is making no bones about its policy to censor its citizens’ Internet content at will, claiming its YouTube China oversight is for the good of the people.

According to a report by the BBC, China banned  access to You Tube after a video surfaced allegedly showing armed Chinese soldiers storming a Tibetan monastery and brutally beating, kicking and choking monks, among other violent acts. The disturbing video was reportedly released by Tibetan exiles although its date and location are unconfirmed.  The Chinese government claims the film is a fake in that it is pieced together from different events and that the injuries are exaggerated if not fraudulent.

Although China declined to admit they banned You Tube, according to an AP article, Foreign Ministry spokesman Qin Gang told reporters: “Many people have a false impression that the Chinese government fears the Internet. In fact it is just the opposite.”

The video is neither the first to be banned in China, nor is China the only country to block politically unfavorable content.  Bangladesh and Turkey have both blocked the site on occasion for political reasons, although Bangladesh later restored access to the site. Several free speech advocacy groups including The Centre for Democracy and Technology and Parisian-based Reporters Without Borders have already spoken out about China’s refusal to allow critical content to be shown.

“China’s apparent blocking of YouTube is at odds with the rule of law and the right to freedom of expression,” said CDT president Leslie Harris in an interview with the BBC. “Anytime a country limits or takes down content online , it must be forthright and specific about its actions and do so only in narrowly defined circumstances consistent with international human rights and the rule of law.”

Google, which owns You Tube, told AP that they cannot comment on the situation but are looking into restoring service for Chinese users as soon as possible.