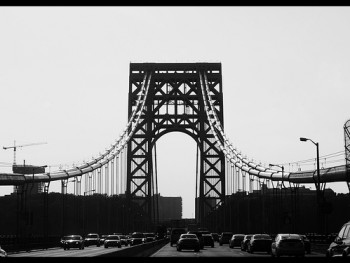 The Times story, based on a letter from Wildstein’s attorney, first reported that Wildstein “had the evidence to prove” Christie’s knowledge of the George Washington Bridge lane closures near Fort Lee, NJ. Later, it was changed to say that Wildstein claims “evidence exists,” Sullivan wrote.

But, a few Times readers commented that there needed to be a correction that indicated the seriousness of moving from a statement that Wildstein had the evidence (and readers would assume The New York Times verified it), to Wildstein saying there’s evidence, somewhere.

Maura T. Fan, Manhattanville, wrote: ” ‘Evidence exists’ is a far, far different phrase than was used previously. When I thought NYT HAD the evidence, it sounded like a game-changer to me. In fact, other reporting five hours later by other news outlets made me question whether new meaningful, CREDIBLE evidence does indeed exist.”

Bottom line: The New York Times has the letter but not the evidence to which the letter refers. The Times, therefore, was wrong to say Wildstein “had the evidence to prove” Christie’s knowledge, when he only apparently said “evidence exists.”

“The Port Authority official who personally oversaw the lane closings on the George Washington Bridge in the scandal now swirling around Gov. Chris Christie of New Jersey said on Friday that the governor knew about the lane closings when they were happening, and that he had the evidence to prove it.”

“The former Port Authority official who personally oversaw the lane closings at the George Washington Bridge, central to the scandal now swirling around Gov. Chris Christie of New Jersey, said on Friday that “evidence exists” that the governor knew about the closings when they were happening.”

Allowing a big unverified assertion of fact in a major controversy was a large reporting mistake and in iMediaEthics’ view, a transparent correction of the error should have been made. But as the public editor points out, disclosure in an editor’s note at the very least should have been done.

The website NewsDiffs, which tracks changes to online articles published by a selection of news outlets including the Times, does have an archive of changes made to the article. However, it is important to note that this archive doesn’t begin until Jan. 31 at 4:41 EDT, and it doesn’t show the specific change Sullivan discusses.

iMediaEthics reviewed the archive of changes published by NewsDiffs. Most of the changes involve adding statements and simply moves information around, with no apparent corrections of fact.

Despite Sullivan’s column, New York Times Metro editor Wendell Jamieson told iMediaEthics by e-mail that the newspaper wouldn’t be changing its position on publishing a correction or editor’s note.

Sullvivan gave the Times leeway in offering different options for how the newspaper could have better handled the change instead of making a switcheroo. The options were: a correction, an editor’s note or a “sentence in the body of the article.”

Times Metro Editor Wendell Jamieson at first argued to Sullivan that the wording change didn’t alter “the essential truth of the story, which is that a former Christie ally has opened fire on him in a big way.” He also excused the wording changes by explaining that after the initial publication of the article, the Times made edits and additions to the online version.

“We made dozens of changes to this story, and it’s all happening live in front of the reader,” Jamieson told Sullivan.

Sullivan didn’t accept those excuses though.

“My take: This change was more than a nuance. Acknowledging that could have taken the form of a straightforward correction. The change also could have been explained in an editor’s note or could even have been acknowledged in a sentence in the body of the article.”

Jamieson later told her he didn’t see “a correctible error” but did acknowledge the Times could have disclosed the change with “an editor’s note.”

“Editor’s note: This story and its headline have been edited since publication. Both versions of the NYT story indicated that Wildstein claims Gov. Christie knew about the lane closures at the time; the story revisions dealt with whether Wildstein claims to possess evidence of this, or claims simply that “evidence exists.” – Jon Nicosia, Mgr. Editor”

(Sidenote, as you may remember, Nicosia is the Mediaite managing editor whom Capital New York exposed as using a fake name to cover up that he is a convicted felon. His real name is Zachary Hildreth. More on that here.)

New York Times has history of criticism for changing articles

As of 6 PM, the Times story continues to not carry any correction or clarification about the changes to the lede.

It does however have one correction, which reads:

“An earlier version of this article misidentified in one instance a person for whom a lawyer wrote a letter to a panel investigating the lane closings on the George Washington Bridge. It was Bill Stepien, not Kevin H. Marino. Mr. Marino is Mr. Stepien’s lawyer.”

Sullivan has previously criticized the newspaper for failing to disclose important changes to articles. In October, she asked “Is The Times Being Stealthy? Or Just Improving Its Reporting in Real Time?”  She also criticized the Times‘ “write-through” of a report on Mitt Romney in September 2012.

Sullivan also responded to complaints about the Times‘ failure to give the New Jersey Record credit for breaking the Bridgegate story last month.

iMediaEthics also wrote last month about a curious graphic from Fox News and a Rasmussen poll that suggested 137% of New Jersey residents answered a poll about Christie’s knowledge of Bridgegate.