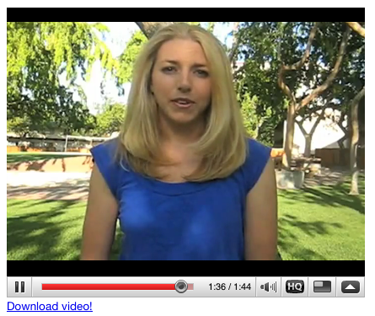 New York Times story–“Afloat in the Ocean, Expanding Islands of Trash” by freelance writer Lindsey Hoshaw–looks like a normal Science Times clip, but it’s not.  Publicly funded to the tune of $6,000, the article is the first collaboration between “crowdfunding” journalism site Spot.Us and the Times: “a milestone for a model of news funding that has been the subject of much optimism since Spot.us announced itself,” according to Megan Garber at the Columbia Journalism Review.

Hoshaw proposed a story to the New York Times in which she would hitch a ride with a research voyage to the Great Pacific Garbage Patch (a huge puddle of garbage floating in the North Pacific Subtropical Gyre) and file an in-depth report. The New York Times was interested, but wouldn’t pay for her travel, so Hoshaw asked if she could cite interest from the paper in a pitch to Spot.Us for travel funding. They gave her the green light, she put up her pitch, raised the money for her trip, and the story was born.

With newspapers and magazines less and less able to spend the money necessary for investigative journalism or long-form, deeply involved reporting, this new paradigm—public funding for journalism–has been hailed as a promising answer.

Of course, it raises some ethical questions. The New York Times itself wrote this about Spot.Us in 2008:

Critics say the idea of using crowdfunding to finance journalism raises some troubling questions. For example, if a neighborhood with an agenda pays for an article, how is that different from a tobacco company backing an article about smoking?

Others have countered that the funding relationships Spot.us fosters are no less ethical than the advertising relationships in traditional media. “It’s easy to take potshots at Spot.Us in a vacuum. Wouldn’t it be great if reporters could be paid by unmarked bills falling from the sky?” writes Alexis Madrigal, a Wired reporter who used the site to fund a story about biofuels. She continues,

Then we could write about anything we wanted. But there is a monetary system that supports journalists, which can’t be ignored, even though that seems to be the basis for a lot of old-school ethical thought.

Reporting for Spot.Us, where money directly changes hands, is the same as reporting any story for Wired.com. For Spot.Us, the ethical promise inheres in the transparency of the funding. In traditional reporting, my ethics supposedly remain uncompromised because of the opacity of the firewall between our advertising sales team and me. But that firewall is narrow; it doesn’t take much to peek around and see the inner workings of the machine staring back at me from a set of Shell ads deployed on my stories about climate change.

If we lose faith that reporters can do that, we’ve got bigger problems than crowdfunded investigative journalism.

That’s not to say there isn’t room for improvement in the model. Bill Mitchell at the Poynter Institute writes, “One of the more interesting stories behind the story — Bette Midler’s $2,000 contribution to the Garbage Patch reporting via her assistant — illustrates the need to tweak the donation system to reveal actual donors as opposed to intermediaries. Transparency is especially critical in new funding models that involve stakeholders doing things they wouldn’t have before.”

Garber is less concerned about whether or not Hoshaw’s New York Times story was ethically funded, and more about whether the report fulfilled the promise of crowdfunding itself–as Times blogger Andy Revkin puts it “to help pay the costs of reporting on issues that might not otherwise get coverage.” In this case, Garber argues, one result of the partnership doesn’t seem to have been as ideal as some reports have portrayed it.

In a clarification in her comments section, she writes,

In our desperation to find business models to support public-interest reporting — the kind of reporting that Hoshaw pitched, and that the Spot.Us community funded in this instance — we occasionally prioritize the business model above the journalism…The framing of the story yesterday was generally “Spot.Us Story Gets to the Times,” full-stop. Which is a story, yes, but not a complete one. As important as it is to find the business models that will sustain the kind of reporting Lindsey undertook…we can’t forget the journalism. And that journalism has to speak for itself.

Garber argues, that if the goal of this kind of journalism is to give voice to stories and subjects with a depth not possible or fund-able by mainstream media, then that’s what we as readers should get as the end product. The end result New York Times story, she writes, doesn’t meet that mark.

It could have been much, much better…And that is particularly so when compared to the personal blog Hoshaw kept during her month at sea—which was compelling and personal and picture-filled and information-packed in a way that the Times piece wasn’t… Much of the information contained in the Times piece, after all, is already (and readily) available on the Wikipedia page for the “Great Pacific Garbage Patch”—only with more detail, more nuance, more context.

At the same time, Hoshaw’s blogs and photos are “good stuff,” Garber writes. “It’s what the Spot.us funders paid for. It would have been nice if the Times article—the principal ‘deliverable’ in the Spot.us pitch—had resembled it more.”

Garber doesn’t blame Spot.Us itself, which she says served its purpose, allowing Hoshaw to produce otherwise impossible in-person reporting of the garbage patch. The problem lies somewhere in the space between Spot.us and the New York Times, which published a final piece that doesn’t reflect the deep reporting and new information that was the whole point of Hoshaw’s trip and the money that went into it.

Supporters of Spot.us responding to Garber’s post in the comment section argue that none of this is Spot.Us’ fault–the Times edited the story, and the Times is responsible.

But, as the Poynter Institute’s Bill Mitchell writes, “their efforts look very much like a collaboration — just the sort of collaboration the Times and other news organizations could use more of as they seek new ways to pay for news.”

“Though Hoshaw’s article was the first from Spot.Us to be featured in the New York Times, it is likely not the last,” writes Betsey Reinsborough at EditorsWeblog. Hence, it is in the public interest that these future partnerships function even better than this one did. Such seems to be the point of Garber’s critique.

Readers should make up their own minds on the success of Hoshaw’s trip: