Errors in Leukemia Article in the UK 'not Significant', says press regulator - iMediaEthics

Errors in Leukemia Article in the UK ‘not Significant’, says press regulator 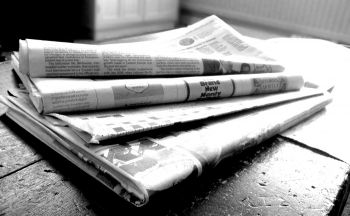 Even though the Epsom Guardian, a local newspaper, made errors when reporting on a press release, it wasn’t a violation of the UK press regulator guidelines, the regulator itself found. (The Epsom Guardian closed last month and relaunched as the Epsom Comet.)

The Epsom Guardian’s June 27, 2018 article, “Epsom mum fighting back against leukemia,” was based on a press release from reader Joanna Jones, who was trying to get attention for a stem cell donor registration. But the article inaccurately reported on Jones’ submission, so she complained to the UK regulator the Independent Press Standards Organisation. iMediaEthics has written to both the Epsom Guardian and Jones for their responses to the ruling.

Jones also was upset her contact information was published when she told the newspaper she didn’t want it published, and she was unhappy with the way the newspaper handled her complaint. “The complainant said that she had expressly clicked a box titled ‘Don’t credit me,’ which had stated: ‘we will always need your contact details so we can contact you about your submission but, if you check this box, we will never publish details alongside your contributions,'” IPSO explained.

Errors in the article were:

The Epsom Guardian defended its story, arguing that it highlighted the main points of Jones’ press release, its errors weren’t major, and that it is fair game to include contact information when they’re provided with a press release. The Epsom Guardian also denied that it was insensitive in handling her complaint, but did offer to publish a clarification about the errors which reads:

“In an article headlined “Epsom mum fighting back against leukemia”, published on 27th June 2018,  we reported that Joanna Jones was diagnosed with leukemia nearly three years ago, and had been hopeful to avoid chemotherapy during that time. We are happy to clarify that, in fact, Mrs Jones was diagnosed with Leukemia in November 2016 and she did not suggest in her Your News submission that she had hoped to avoid chemotherapy. We also reported that both her children are students at Stamford Green Primary; while both of Mrs Jones’ children used to attend this school, one of them no longer does so.”

Concerning the “avoid chemotherapy” phrase, IPSO ruled in favor of the Epsom Guardian, arguing the press release could have been read that way. “While the Committee understood the sensitivity of the issue, it was of the view that the complainant’s original submission had the potential to be read ambiguously,” IPSO ruled. “The inference which the newspaper had drawn from it, namely that the complainant had “hoped to avoid chemotherapy”, was not unreasonable, nor was it a failure to take care. The article had made clear that the complainant had sought to obtain a donor, and had not been able to do so. In those circumstances, and where she had identified the benefits of obtaining a blood stem cell donor, had sought a match, but had been unsuccessful, the newspaper’s interpretation of the complainant’s submission was not significantly misleading.”

As such, IPSO didn’t find that to be a significant error. It also didn’t think the error that only one child still attended a local school or the error in how long Jones had been diagnosed was significant. That said, it said it “welcomed” the Epson Guardian publishing the clarification it suggested. IPSO also said it was OK to publish Jones’ e-mail since it called for action and invited readers to contact her for more information.

Errors in Leukemia Article in the UK ‘not Significant’, says press regulator