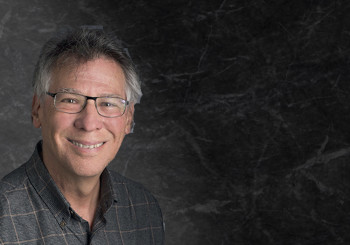 Journalist Michael Balter was fired last month from Science magazine after 25 years with the publication.

Balter blogged to announce the firing, saying Science‘s news editor Tim Appenzeller called him March 10 and “spoke briefly of a ‘breakdown of trust’ between me and Science‘s editors,” and that his contract would end in 30 days. “My 30 days notice of termination from Science ends about April 9 but I have stopped writing for them and other publications are picking up my projects,” Balter told iMediaEthics in March.

Despite Balter’s claims following the firing that it may have been related to his coverage of sexual misconduct allegations against Brian Richmond, AAAS told iMediaEthics by e-mail in a statement that wasn’t the case. The statement from AAAS reads:

“AAAS is saddened by Michael Balter’s recent statements, but will not comment on matters related to anyone who has worked for AAAS, whether they were on staff or working under a freelance contract, as in Mr. Balter’s case. However, contrary to a public narrative that has been set forth by others, the ending of Mr. Balter’s association with AAAS is not related in any way to the content of the news story published in Science on allegations of sexual misconduct against Brian Richmond. Our commitment to the published story, and to covering the extremely important topic of sexual harassment in science, remains unwavering.”

In the time since his firing, Balter has suggested his firing was related to his Feb. 9 story for Science on the Richmond story. Balter’s Feb. 9 story reported that an American Museum of Natural History research assistant accused her boss, paleoanthropologist Brian Richmond, of sexually assaulting her in Florence, Italy after a meeting. Richmond denies the allegations and claims the two had a consensual encounter.

I will be writing about it soon, but basically fallout from my sexual misconduct story last month. https://t.co/lHJjRmGfFZ

According to Balter’s blogpost, “A tense, sometimes bruising behind-the-scenes conflict with my editors over the Brian Richmond story that eventually forced me to threaten to pull it from Science and publish it elsewhere, as my contract allows if agreement on a text cannot be reached.” Balter said he thought Science didn’t want to publish the story “for fear of a lawsuit.”

Balter also reminded that in 2014 he took “a public leave of absence to protest the firing of four women at Science,” which he acknowledged was “controversial” and could be related to the firing. He also noted that previously “one of my editors asked” for him to unpublish a blogpost critical of Science editor  Marcia McNutt, which he didn’t do and is still published here.

On March 11, AAAS issued a brief statement on its firing of Balter.

“Michael Balter was provided notice on March 10, 2016 that his contract as a freelance writer for Science magazine was being discontinued. Mr. Balter has written many stories for Science‘s news section, including one published February 9, 2016 on a sexual misconduct case.

“Science editors stand by the February 9, 2016 story as published. The goal of editing was to ensure that the story was both powerful and fair.

In response, Balter said he wanted AAAS to tell what happened. “I waived my rights to privacy in this matter so that AAAS can feel entirely free to tell its side of the story and respond to repeated queries from the scientific community (social media posts amounting to many thousands of individual posts),” he wrote.

iMediaEthics has written to the American Museum of Natural History for comment. Multiples e-mails to Richmond haven’t been returned.

Full Disclosure: Michael Balter has covered iMediaEthics’ (formerly StinkyJournalism) investigation into Jared Diamond’s New Yorker story. Balter’s story was “Science and the Media: ‘Vengeance’ Bites Back at Jared Diamond,” May 15, 2009.  Stephen Jay Gould, the co-founder of iMediaEthics’ publisher Art Science Research Laboratory, was the president of AAAS in 2000 and was the Frederick P. Rose Honorary Curator in the Museum’s Division of Paleontology at the American Museum of Natural History.