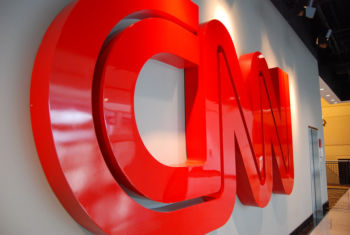 The article reported that when Scaramucci was asked about the meeting, he said “there is nothing there” and that the alleged meeting was really just a “cordial” interaction where they said hello. While the article has been unpublished, iMediaEthics found a copy of it on the Internet Archive’s WayBack Machine.

After the article was published, Scaramucci tweeted “I did nothing wrong” and that CNN likes “hitting friends of @potus who are loyal advocates on his behalf.”

It's ok. I did nothing wrong. They like hitting friends of @potus who are loyal advocates on his behalf. https://t.co/58LdPff6bV

“On June 22, 2017, CNN.com published a story connecting Anthony Scaramucci with investigations into the Russian Direct Investment Fund. That story did not meet CNN’s editorial standards and has been retracted. Links to the story have been disabled. CNN apologizes to Mr. Scaramucci.”

iMediaEthics has written to CNN to ask what went wrong, if the allegations were broadcast or only online, and if Scaramucci threatened legal action.

Scaramucci tweeted the editor’s note and said “apology accepted. Everyone makes mistakes. Moving on.” iMediaEthics tweeted Scaramucci to ask about the retraction.