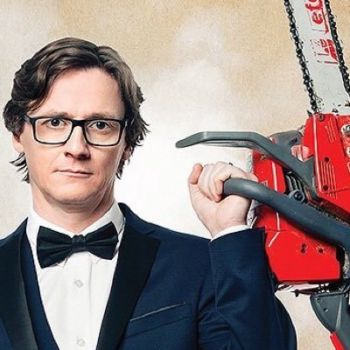 The Evening Standard‘s Jan. 3 story was headlined, “Comedy fan tells how Ed Byrne saved her from choking to death on an M&M.” In the story, a woman named Morgan Wilson claimed to the newspaper that she choked while “laughing too much” at Byrne’s show at Alhambra Theatre. Byrne “quickly leapt to her aid” and gave her the Heimlich maneuver, she claimed. In the two now-unpublished stories, the woman says she had to go to the hospital “to be checked over.”

Blogger Peter Heimlich, whose father is the same Dr. Henry J. Heimlich associated with the aforementioned maneuver, has caches and screenshots of the errors on his website.  In an e-mail to iMediaEthics, Heimlich, who noted he has raised questions about previous reports on people allegedly being saved by the Heimlich maneuver, explained he spotted the Mail Online article and then tweeted Byrne to ask for more information. The next day, he noticed the article had been removed and kept digging.

Byrne tweeted about the Evening Standard‘s story, “This is a great story, only partially ruined by the fact that it’s completely untrue.”  A spokesperson for the theatre, Liz Hall, told iMediaEthics, “We have no record that anything like this occurred” and pointed to Byrne’s tweet.

iMediaEthics has contacted both the Standard and Mail to ask how they learned about the story, how they attempted to fact check and if they are or have published corrections.

This is a great story, only partially ruined by the fact that it’s completely untrue. https://t.co/hagRRyNmZx