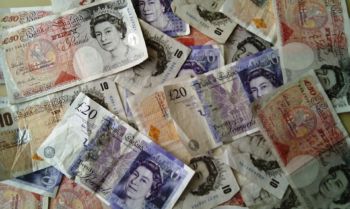 The Scottish Daily Record‘s reporting on two men who were charged with crimes was in contempt of court and now the paper must pay £80,000 (or about $107,000 U.S.), the Press Gazette reported.

While the two stories in question weren’t specifically identified, they were published in February and May 2017 about people identified as Man A and Man B. The court ruling from the Appeal Court, High Court of Judiciary, is posted on the Scottish Court record’s website.

The article on Man A reported he was accused of drug-related crimes and shootings and called him a “gang boss,” “cocaine kingpin” and a “cocaine baron,” according to Press Gazette.

iMediaEthics wrote to the Daily Record to ask what went wrong with the reporting.

Lord Justice Clerk Lady Dorrian explained, “The article contained details of the allegations against him that may form part of the evidence at any future trial, and referred to the recovery of a ‘fearsome arsenal’ and ‘horrific array’ of weapons and money. In addition, it revealed detailed information about his criminal history, including previous convictions and prison sentences. It referred to other live proceedings against him, suggesting that he had gone into hiding in connection therewith and describing him as ‘one of Scotland’s most wanted men.”

The article on Man B included a photo of the man handcuffed with the caption “GOT HIM” and reported he was “accused of attempting to abduct two young girls in the woods.”

The Daily Record admitted last year, according to the Press Gazette, of committing contempt of court with its articles on the two ongoing cases because the articles could affect the trial.