Last week, blogger Monica Gaudio’s claim that a small, regional cooking magazine violated her blog’s copyright by publishing (without her permission or knowledge) one of her 2005 recipe posts in a recent edition set the Internet abuzz.

But, the alleged copyright infringement was only half the controversy.  Statements from Cooks Source editor Judith Griggs published both on the Cooks Source Facebook page and Gaudio’s personal blog drew backlash on social media.

In the e-mail to Gaudio, recognizable by its “But honestly, Monica” phrase (there’s even a YouTube song mocking the e-mail and Wired noted that there’s a Twitter hashtag of #buthonestlymonica was also created), published on Gaudio’s blog, Griggs suggested that Gaudio should pay the magazine for editing her work, instead of complaining over the copyright violation and asking for an apology.  The Facebook post was equally unapologetic.  (See our earlier post on this controversy here.)

Cooks Source issued a statement Nov. 9 apologizing – somewhat – for the infringement on Gaudio’s blog and blaming it on an “oversight” error from being short-staffed.  The statement, see here, replaced the previous Cooks Source homepage.  The unsigned letter didn’t address the “But honestly, Monica” e-mail.

In the statement, Cooks Source (no specific person was credited with writing the statement…hmm…) apologized for republishing without consent Gaudio’s recipe.

iMediaEthics couldn’t find any Western New England Food Bank, and neither could this blogger.  But, there is a Western Massachusetts Food Bank, for which apparently a former Cooks Source advertiser requested donations.

So, while Cooks Source was seemingly “making things right” with Gaudio, was the magazine really just trying to get advertisers back? We wrote Cooks Source to ask.

As a result of the incident, Cooks Source stated that it:

Gaudio blogged Nov. 10 about the statement.  “I have, in fact, seen the post on the Cooks Source page with the apology. I think that is about the best I am going to get. I am, however, completely unsure whether or not any donations were made either to the Columbia School of Journalism or the Food Bank — but — I have made some phone calls to look into it and I shall let you know, one way or another,” Gaudio wrote.

All Facebook was skeptical of Cooks Source’s claims that its site was hacked.  “There are no statements attributed to Cooks Source or Griggs after 6 pm on November 4 so I’m not sure exactly what these supposed hackers are meant to have done. Maybe they think that comments from third parties on a fan page wall constitutes ‘hacking’?”

NPR blogger Linda Holmes noted that Cooks Source’s “apology” seems to imply that its writers were to blame for the plagiarizing.

“It certainly appears … that Cooks Source takes the position that the writers are somehow to blame for disreputably … submitting their work,” Holmes wrote.

Further, “Cooks Source admits to no fault, but presents itself as the victim of a lot of ‘disreputable people,’ both on Facebook and perhaps with regard to how it wound up seeming to have taken content from the Internet and reprinting it without permission,” Holmes wondered.

iMediaEthics wrote to Cooks Source over the weekend asking for confirmation that Griggs sent the “But honestly Monica” e-mail and the Facebook post.  We asked those questions again in an e-mail yesterday, and also asked about the donations.  The e-mail was bounced back with a message that the account was deactivated. 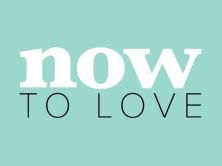