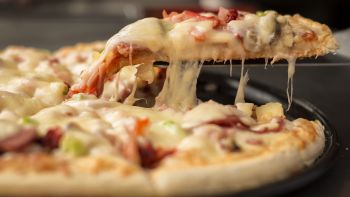 1. In a Sept. 18 article about ranch dressing, the New York Times mixed up the background of a Portland, Oregon pizzeria. The correction, which Times journalist Erin McCann dubbed “the most Portland of corrections,” read:

“Correction: September 19, 2018 An earlier version of this article misstated the origins of Ranch, a pizzeria in Portland, Ore. It started as a pop-up restaurant, not a food truck.”

A correction for the ages, by Brazilian news magazine Veja

"The candidate likes to spend his free time reading Tolstoy, and not watching Toy Story, as originally reported" https://t.co/qKcKbsyFYw

3. McDonald’s isn’t planning to sell 48-piece chicken nugget buckets. Thrillist admitted it fell for an old story as if it were news. In an update atop its Aug. 23 article, Thrillist wrote:

UPDATE: Initial reports about McDonald’s offering a monster 48-piece chicken nugget bucket were sadly false, as it turns out the hype was just old news resurfacing from 2015. We apologize for getting this wrong, and we regret the error. “

The site Delish also fell for the older story and posted an update on Aug. 24 reading:

“Welp, our chicken nugget dreams have officially been dashed. Earlier this week, we reported on a bucket of McNuggets that was said to be coming to McDonald’s Japan restaurants, per Foodbeast and Joyscribe. This was unfortunately not accurate, as the 48-piece bucket was a limited-time-only promotion offered in 2015. Per a statement from McDonald’s, McDonald’s Japan is not currently running this promotion. We regret the error.”

4. The OUDaily wrongly used the word sexual assault instead of harassment. In a lengthy Sept. 20 apology and correction, the newspaper’s editor-in-chief wrote in part:

“On the front page of the Sept. 20 print edition of The Daily, there was text accompanying a headline with the words ‘sexual assault’ rather than ‘sexual harassment.’

“This was an egregious mistake and we would like to offer our apologies to the OU community, the members of the College of Fine Arts and Tom Orr for this error.

“The Daily prides itself on accuracy and professionalism, and we regret this mistake and the confusion it may cause.

“The Daily has reached out to the offices of Tom Orr, Dean of the College of Fine Arts Mary Margaret Holt and OU’s public affairs office to notify them of the error and apologize directly.

“We are collecting the print edition of our paper and bringing it to our newsroom to mitigate any damages. We will also be issuing a correction in the Sept. 24 print edition.

“If community members have questions or concerns, please send them to kaylabranch@ou.edu.”