Corrections: Richer than We Said, How to Spell Santa Claus - iMediaEthics

Corrections: Richer than We Said, How to Spell Santa Claus 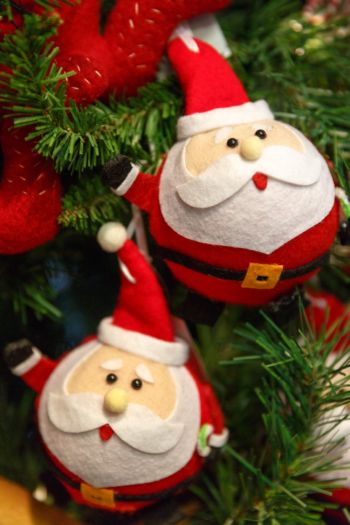 iMediaEthics’ latest roundup of amusing or noteworthy corrections begins below:

A Dec. 21 correction reads: “Bah humbug! An earlier version of this story misspelled Santa’s last name. It is Claus, not Clause.”

2. Not on Tinder! The Times of London claimed former competitive swimmer Sharron Davies lied about her age on dating app Tinder, but in fact the woman isn’t even on Tinder.

The UK Times of London‘s Dec. 18 correction: “We said (News, Dec 17) that Sharron Davies had listed herself on the dating site Tinder as 11 years younger than her real age. The story was not true. Ms Davies is not listed on Tinder. We apologise for the mistake.”

3. Too specific of a story?

An article on Friday about modeling the brain’s genome misstated the number of people whose cells were analyzed in a study. It was dozens of people of all ages, not exactly 1,866 people. Additionally, the article misstated the source of single cells examined for patterns of gene expression. The people the cells came from did not have a particular disorder.

The BBC corrected  Dec. 4 news program after calling Adampol a “Polish labour camp” when it was in fact a Nazi German camp in Poland. The distinction matters, as iMediaEthics has previously explained:

“In a report on plans for a new Holocaust memorial in Westminster, we referred to Adampol as a ‘Polish labour camp’.

“We regret any upset this resulted in – a clearer description should have been used, to explain that it was a Nazi German camp located in Poland. “

“In the Indian Rich list published in Arabian Business on November 25th 2018, we placed Shaji Ul Mulk on 8th place with a valuation of $2.4bn.

“We now accept this was an error on our part as we did not take into account the 2018 figures that were supplied to us. By doing so, his wealth now comes to $2.7bn which would place him in 5th place.

“We would like to sincerely apologise to Mr Ul Mulk for this error and any problems this may have caused him.

Corrections: Richer than We Said, How to Spell Santa Claus