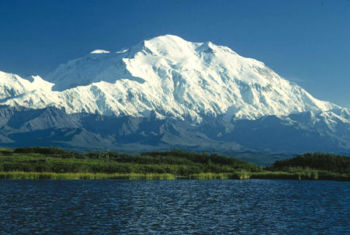 “• A TV review confused two former US senators when it referred to the former Democratic presidential candidate Eugene McCarthy. The politician we meant to cite was Joseph McCarthy, the Republican infamous for sparking the postwar “red scare” in the US (How the US came close to destroying itself in the cold war, 6 November, page 14, G2).”

A Nov. 12 Times of London correction:

The Times mixed up women in a picture about squash. The Nov. 6 correction reads:

“A picture caption with an article on Monday about the dominance of Egyptian women in professional squash, using information from a photo agency, misidentified the player in the image. It is Amanda Sobhy, not her sister Sabrina.”

4. How much of the U.S. population lies in the state of Alaska? The Associated Press got that wrong in a story about fatal plane crashes in Alaska.

“JUNEAU, Alaska (AP) – In a story Nov. 3 about the rate of fatal airplane crashes in Alaska, The Associated Press reported erroneously that 2 percent of the nation’s population live in Alaska. That figure is about .02 percent.”

Santa or Satan? Canadian newspaper ad mixed the two up
Sunday World claimed man who died from pneumonia died from a heroin binge