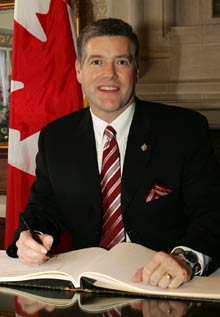 A Canadian court has ruled that the Vancouver Province must reveal the identity of an anonymous source, The Canadian Press reported. However, the “court order” only requires that the Province identify the source to a judge – not necessarily to the public.

The Vancouver Province, a daily newspaper, intends to appeal the ruling.

The Province explained in an article that the report in question is reporter Elaine O’Connor’s from Oct. 2007.

The Vancouver Province had reported on “a complicated family dispute between Kelly Wilson, the wife of former Vancouver-area MP Blair Wilson, and her stepfather, Bill Lougheed.”

Along with reporting that Lougheed critically spoke about his stepdaughter’s wife, the Province cited anonymous claims that Wilson “spent too much money on his campaign.”

The anonymous claims were originally from a letter that the Province had and that was also sent to “Elections Canada and a political blogger.”   However, “the ruling notes only the Vancouver Province reporter Elaine O’Connor appears to know the name of the source. O’Connor says she promised to keep the letter writer’s identity secret.”

Elections Canada ended up looking into the claims and deciding that “most of the allegations were unsubstantiated,” according to the Canadian Press.

As a result, Wilson filed a defamation lawsuit to reveal the anonymous writer’s identity. As the Canadian Press reported, “The defamation case is currently in the pre-trial discovery phase.”

The source’s identity should be revealed, according to the judge, because it’s necessary to know why the source wrote what he or she did.

Last year, Canada’s Supreme Court established standards for how to determine if a source’s identity “should be protected.”

According to Canadian Press, “One of those criteria is whether the public interest is better served by revealing a source or keeping them confidential.”

“If the motive of the source was to disclose information concerning the integrity of our system of government, then the protection of the identity of the source triumphs,” the judge reportedly wrote. “But if the source released the letter to the journalist based upon intentions that are personal, malicious and vindictive, his or her identity should be disclosed.”

iMediaEthics is writing the Vancouver Province and Mr. Wilson for comment.