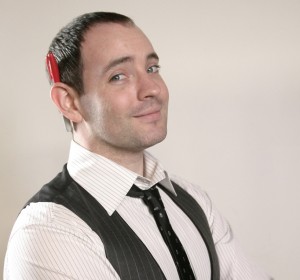 Craig Silverman, author of RegretTheError.com, and the 2009 Year in Media Errors and Corrections. (Photo from his bio on Craigsilverman.ca)

December presents an opportunity for newspapers and other media venues to print an uplifting or solemn retrospective on the year: best ideas, photos, or stories.

Craig Silverman, the writer behind RegretTheError.com, does the opposite this time of year, highlighting the mistakes of the past year rather than the successes. December 16 marked his best of the worst list: “Crunks 2009: The Year in Media Errors and Corrections”.

As usual, these mistakes and apologies speak for themselves, so we’ll send you to Silverman’s post for the details.

Look for some egregious or especially hilarious errors like one on “gipsies,”

SURREY Police have not blamed gipsies for an attack on their force helicopter, no staff in their operations rooms were threatened by gipsies and no gipsy site was being targeted for a raid as we reported on May 14. We apologise for the mistakes and are happy to set the record straight.

or another where a newspaper physically ripped out pages of an erroneous story from issues of its magazine.
The list also hits on a few stories StinkyJournalism covered this year, like, CNN fact-checking Saturday Night Live, and plagiarism at the Hartford Courant.