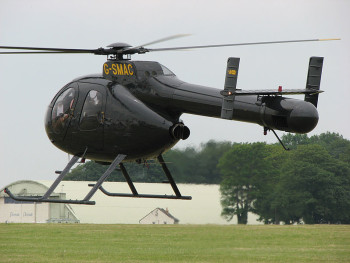 It was wrong for the Daily Mail to have a helicopter fly over Prince Andrew’s house and take photos of his daughter’s 25th birthday party, UK print regulator the Independent Press Standards Organisation ruled.

The Mail‘s four articles, published between June 20 and 26 of this year, about Princess Eugenie’s birthday party invaded the family’s privacy and wasn’t in the public interest, IPSO found.

“Before publication of the articles, the newspaper chartered a helicopter to fly over the grounds of the Royal Lodge and take aerial photographs of preparations for the party happening at the complainant’s home and garden,” IPSO said.

Prince Andrew complained to IPSO, saying “he had not known of, or consented to, the flight over the grounds, which were a private place.”

He pointed out that his house “was secluded and not visible to the naked eye from any part of the public highway, and that access to the house and gardens was restricted, including with fencing, and controlled by security.”

In response to Prince Andrew’s complaints, the Mail said Princess Eugenie was naturally in the public interest since she is “eighth in line to the throne and a senior member of the Royal Family.”

The Mail also claimed its helicopter photographs were to fact-check and that it got information about the plans for the party from an anonymous source and wanted the helicopter to double check before publication.

“Aerial photographs of people’s homes are a matter of routine and are taken, for example, by Google Earth,” the Mail argued, adding that Prince Andrew didn’t complain about any of the photos following publication and that the Mail knew the prince wouldn’t be at the house when its helicopter flew by.

Regardless of those claims, IPSO said Prince Andrew’s house was a private place and in this case, the hiring of a helicopter was specifically to see Prince Andrew’s private event. “Any public interest served by the information published in the articles was not proportionate to the intrusion caused by the flight,” IPSO ruled, noting the paper had other ways to find out the information it wanted.

The Mail must publish the IPSO ruling in print in the first ten pages of its print edition and for 12 hours on its homepage.

iMediaEthics notes that one of the Mail‘s stories shows Princess Eugenie Photoshopped into a Snow White costume. The photo doctoring was disclosed.