Why did Daily Mail post video of dog being boiled alive? - iMediaEthics

Why did Daily Mail post video of dog being boiled alive? 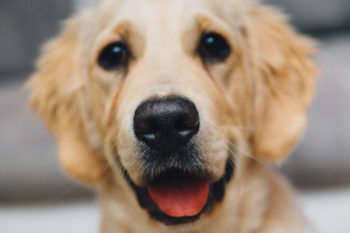 Not the dog in question. (Credit: Pexels)

The Daily Mail Australia offended readers when it published a graphic video of a dog being boiled alive, the Australian Press Council ruled.

The Jan. 3 article by Chris Pleasance and video, which the Mail found online on website Liveleak, was headlined, “Horrific moment a dog is BOILED ALIVE and Chinese villagers rip out its fur in clumps before incredibly it gets up and runs away.” While readers had to click on the full video and saw a warning about the “graphic content,” a preview of the video auto-played, whether readers wanted to watch it or not. The article featured four screenshots from the video and graphically detailed the video, according to the press council.

The Daily Mail Australia claimed it didn’t mean to upset readers and “carefully considered whether and how to publish it. It felt it was in the public interest to report on dog meat and animal torture, the Daily Mail told the press council. Further, the site added that it “updated the article to make clearer the public interest aspects of the story, such as by adding quotes from an animal welfare campaigner,” according to the press council.

iMediaEthics contacted the UK press regulator, the Independent Press Standards Organisation, to ask if it received any complaints over the publication. An IPSO spokesperson confirmed that it did receive one complaint about the article but it was dismissed. “We rejected it because it was made on grounds of taste, which is not covered by the Editors’ Code,” the spokesperson said.

We’ve also e-mailed the Australian Press Council to ask how many complaints it received.

Even though the Mail included a warning about the video being graphic, the press council found the article and video as published were offensive and upsetting to readers. “The warnings and the text did not adequately prepare readers for the full effect of the video or eliminate its likely distressing effects,” the press council ruled.

The Mail’s article now contains a note at the top disclosing the press council’s ruling.

Why did Daily Mail post video of dog being boiled alive?