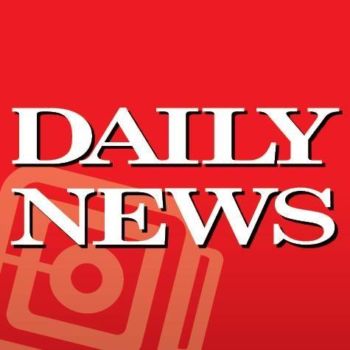 The New York Daily News crossed decency lines with an article sympathetic to the kidnapper of 13-year-old Jayme Closs.

Closs was kidnapped in October 2018 and escaped in January 2019.

The Daily News‘ March 18 article was brief but quickly offensive. Headlined, “Jayme Closs’ kidnapper wistfully recalls the time they spent together playing board games and cooking: ‘I love her,'” the first sentence read: “He kidnapped her – but she kidnapped his heart.”

That, of course, both makes light of the crimes and Closs’s kidnapping and suggests the kidnapping was more of a love affair or relationship.

The Daily News acknowledged that accused and confessed kidnapper and murderer Jake Patterson “ruthlessly murdered” Closs’ parents and kidnapped her for 88 days; however, it continues to make the accused seem like less of a bad guy, saying he “remembers their time together fondly” and quoting him as saying “I love her.”

That isn’t technically the correct quote, iMediaEthics notes. Patterson said in his interview to WCCO “I just love her,” not “I love her.”

The Daily News didn’t interview Patterson
but instead was reporting on Patterson’s interview with Minneapolis CBS-affiliate WCCO. That report by Jennifer Mayerle was more responsible, iMediaEthics notes. It reported Patterson said “I just love her,” that Patterson confessed to the murders and kidnappings, why Patterson said he confessed, the search for Jayme Closs, and a quote from Patterson about how they played board games and cooked. (iMediaEthics has written to the Daily News to ask about the quote and for a response to this criticism.)

Perhaps even worse, the Daily News’ tweet set up Closs’s kidnapping as a he said-she said of the 88 days Closs was kidnapped. The Daily News‘ March 18 tweet read:

“Jayme Closs recalled Jake Patterson murdering her parents then being held at Patterson’s remote cabin, trapped under a bed for hours on end for 88 days. Patterson remembers their time together fondly, playing board games and cooking.”

Minnesota Public Radio News’s Bob Collins called the article a “new level of despicable” and argued “this is why” the public dislikes the media.

Readers slammed the article on Twitter. See below some of the many critical tweets: