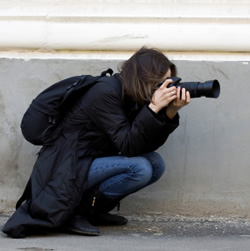 A reporter from the Daily Mail went undercover at the abortion service, Marie Stopes, posing as a potential patient. In the resultant March 2017 article, headlined “Abortions signed off after just a phone call,” Mail Investigations Unit reporter Katherine Faulkner and Sara Smyth aimed to have requested an abortion over the phone giving as the reason: “I just don’t want a baby.” Then, she described going to the clinic, meeting with with staff there and secretly taking a photograph of one of the staff members.

The story reported, “Less than a year after an inspection by the healthcare watchdog found that many abortion approvals are based on only a one-line summary of what a woman tells a call centre worker who has no medical training, a Mail investigation revealed that the telephone discussions can be as short as 22 seconds.”

The clinic employee whose photograph was published in the Mail complained to UK press regulator the Independent Press Standards Organisation, arguing that the story and the publication of a pixelated photograph of her was an invasion of her privacy. Even though the photo was pixelated, the complainant said readers could and did identify her because she wore a distinctive uniform.

The Mail reporter did not deny going undercover, and the editors argued that such subterfuge was justified by public interest in reporting on abortion practices. Furthermore, the editors claimed the investigation was triggered by an anonymous complaint, as well as last year’s government inspections of the clinic and previous reports about this particular clinic. Journalism ethics codes typically advise against reporters going undercover unless it’s absolutely necessary; for example, the U.S. Society of Professional Journalists’ ethics code states “avoid undercover or other surreptitious methods of gathering information unless traditional, open methods will not yield information vital to the public.”

“The newspaper said that the journalist had made two telephone calls to the abortion clinic’s call centre,” IPSO reported. “In both of these conversations, it had been suggested to her that her abortion could be signed off, without her meeting a doctor. These telephone calls had been approved by an in-house lawyer and transcripts of these calls had been read by them, as well as senior executives: at each stage it was concluded that the investigation sustained a very strong public interest.”

IPSO agreed with the Mail, concluding the reporting was in the public interest and justified. As such, IPSO rejected the clinic employee’s complaint, including the use of a photograph taken in secret by a hidden camera. The online article doesn’t appear to have the photo published; iMediaEthics has written to the Mail to ask if it removed the photo.

Marie Stopes International declined to comment because it involved a “private complaint” that did not involve the abortion service. Marie Stopes, which provides “sexual and reproductive health services in the UK,” operates in dozens of countries and has numerous locations throughout the UK.