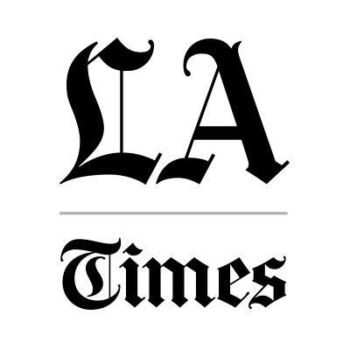 Should the Los Angeles Times have disclosed that the subject of a sympathetic article was recently arrested?

Some readers thought so, independent news site Berkeley Side reported.

The Times‘ March story reported on Ismael Chamu, a 21-year-old man who attends UC Berkeley but is “scrambling to find new shelter” for himself and his siblings. A YouCaring crowd-fundraising page was later set up, pointing to the Times article on Chamu’s family’s struggles. As of April 14, the page has raised about $96,000.

However, the Times story initially left out the fact that Chamu was one of two men arrested and charged with felony vandalism in 2017. At the time of the arrest, Chamu claimed he had been racially profiled. Berkeley Side noted the case was originally considered a hate crime as some graffiti said “F— White People,” but Chamu wasn’t charged with a hate crime.

Chamu and another man were charged with felony vandalism and misdemeanor “possession of tools to commit vandalism or graffiti,” according to the court charges iMediaEthics obtained. The preliminary hearing is May 10, the Alameda County deputy district attorney Teresa Drenick told iMediaEthics.

While Chamu had posted on Facebook about his arrest, the Times claimed not to know about this and newspaper spokesperson Hillary Manning told Berkeley Side the information was not “intentionally left out.” Berkeley Side noted that Los Angeles Times readers rep Deirdre Edgar posted in a comment on the Times‘ article, “The Times did not learn of his arrest until after publication. Chamu denies involvement and has pleaded not guilty; his next court date is next month.”

Chamu told iMediaEthics by message the Los Angeles Times found him and his story “after I attended public comment at the Sacramento Finance Education Sub-Committee meeting.”

“I, along with other undergrad and grad students, went to speak out against tuition hikes and speak about our experiences with student homelessness and hunger,” he said. He declined to comment on the legal case against him.

Another potential hole in the story? ABC 7 reported that Chamu has been living rent-free, despite the Times reporting he was paying  $650 a month for rent. Chamu denied that he didn’t pay rent. iMediaEthics asked Chamu about this and for evidence to counter the allegation he hadn’t paid rent; Chamu declined to respond, saying, “the specific details of this rental situation are private and are to be discussed only between the landlord and I. However, I am confident that in any proceeding I have the grounds and evidence to support my claims.”

iMediaEthics wrote to the Los Angeles Times to ask how it heard of Chamu and his story, how the Times learned of Chamu’s arrest, and if the Times did a Google or public records search before reporting on Chamu. (iMediaEthics notes that when we searched Chamu’s name in late March, the first result referenced his arrest.) We also asked about the ABC 7 report that Chamu hadn’t paid rent in three months despite the Times‘ reporting, asking if the newspaper had evidence to prove otherwise.

The Times‘ spokesperson Hillary Manning declined to comment beyond its readers’ rep note and correction:

“Note to readers: This article has been updated with information about Ismael Chamu’s arrest last summer. The Times did not learn of his arrest until after publication. Chamu denies involvement and has pleaded not guilty; his next court date is next month…”

“Ismael Chamu: In the March 11 Section A, an article about UC Berkeley student Ismael Chamu, who along with three siblings lives in a trailer with no heat and is facing eviction, inadvertently omitted that he was arrested last year and charged with felony vandalism and possession of tools to commit vandalism or graffiti. The incident involved the spray-painting of several cars, fences and buildings in Berkeley. Chamu denies involvement and has pleaded not guilty. A court date is set for next month.”