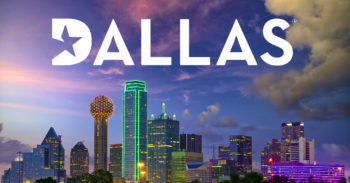 News outlets that get it wrong often simply update stories without a correction. Breaking news stories are particularly fertile ground for errors. These stories often consist of a flood of claims with dodgy sources that cannot be properly verified quickly.  So when iMediaEthics was reading news coverage of the Dallas police shootings, we were struck by a disclosure at the bottom of National Public Radio’s blog post: “This is a rapidly developing story; we’ll provide updates as they become available, including corrections should any of the above information prove to be incorrect.”

Errors in the media often go hand-in-hand with breaking news coverage as new information comes out, misinformation is corrected, and false reports are retracted. But iMediaEthics was pleased to see NPR both reminding readers that early information can sometimes be wrong and promising to provide transparent corrections of any errors.

iMediaEthics wrote to NPR to learn more about these statements. Mark Memmott, the standards editor for NPR, told iMediaEthics that a version of these disclosures has been included in NPR’s breaking news live blogs when relevant for quite some time now.

“We’ve been including language like that in our ‘live-blog’ posts since we launched The Two-Way blog in 2009,” Memmott wrote. “I can’t guarantee that it’s been in every such post, but we try to make sure it is. In some of our early live-blogs, we folded the notes into the flow of the updates – and sometimes posted the notes a few times in the same live-blogs. More recently, we’ve been anchoring them either at the top or bottom of the posts.”

Memmott said the wording of the notes can change as long as the message stays the same:

“The wording isn’t always exactly the same. Bloggers can tweak it. But the goal is to make sure that users understand we’re doing the best we can to give them solid information, while acknowledging that in breaking-news situations there are often things reported as ‘fact’ that later turn out to be wrong.”

For example, iMediaEthics notes that this July 2 article from Illinois NPR-affiliate WVIK about the attack in Dhaka, Bangladesh carries the following statement:

“This is a developing story. Some things that get reported by the media will later turn out to be wrong. We will focus on reports from police officials and other authorities, credible news outlets and reporters who are at the scene. We will update as the situation develops.”

Memmott added: “As stories such as this develop and move out of the ‘breaking news’ category, we focus on various distinct angles. We generally don’t attach the note to those posts. But we, of course, always stand ready to update and correct information that turns out to be wrong.”

The Washingtonian‘s Andrew Beaujon wrote about the disclosure last month related to stories on the Orlando shootings at Pulse nightclub. Beaujon characterized the warnings as “entirely sensible.”