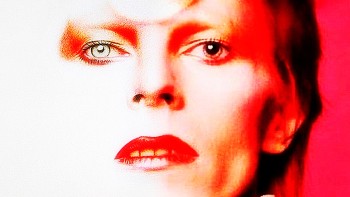 David Bowie’s last gig before his death was not at a curry house.

A satire site, the Suffolk Gazette, published an article joking that Bowie had played recently at a curry house in Suffolk, England. Then when Bowie died, the story got more traction. The satire site posted an editor’s note reminding the site wasn’t real news reading:

“EDITOR’S NOTE: This story was originally published a week before news broke of David Bowie’s death today (Monday, January 11). Clearly we could not have anticipated this, and of course the restaurant incident did not take place. As our readers understand, we are a spoof news site spreading fun coverage of Suffolk life, but new visitors should be reminded of this. We now join David Bowie’s millions of fans in celebrating his life, giving thanks for his music which was appreciated by so many.”

UK media site The Drum pointed out several red flags careful readers would have spotted in the satire story: “That a local newspaper no one had heard of would have demand for an entertainment editor these days should have been enough cause for scepticism, never mind the fact that a cursory Google search elicits no mention of the supposed ‘Taj Maharaja in Bungay,'” (where the gig supposedly took place).

The Suffolk Gazette’s about page states: “While most people take us for what we are – spoof and satire – there are always some who think we are serious, and hilarity often ensues in the comments section below each story and on our vibrant Facebook page.”

Meanwhile, the BBC defended its coverage of Bowie’s death after some viewers and listeners were concerned the BBC spent too much time on the topic. In a statement published on the BBC’s website, the corporation said: “David Bowie was by common consent one of our greatest pop stars who attracted a global following. He appealed across the ages and was one of the most influential musicians of his time. His death was both sudden and unexpected, his illness not revealed to anyone but a tight circle of friends. Our coverage tried to reflect his stature as a musician whose capacity for invention changed the shape of the industry, and the shock at his death around the world.”