Should We Hide the Names of Mass Shooters? - iMediaEthics

Should We Hide the Names of Mass Shooters? 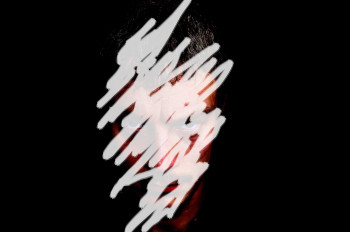 The Brady Campaign to End Gun Violence has a new online plug-in available that lets users remove the name of mass killers.

How and how much to report on mass murderers was a topic of discussion last year. After the October shooting at Umpqua Community College in Oregon, the local Roseburg sheriff said he wouldn’t name the shooter because he didn’t want to give the shooter any more attention, as iMediaEthics wrote at the time.

NPR ombudsman Elizabeth Jensen disagreed, quoting its standards editor calling the naming of the suspect an important part of reporting. The Dart Center for Journalism and Trauma’s executive director Bruce Shapiro told the Wall Street Journal, “We do need to know who these shooters are. We need to know the particulars, if we want to understand what puts people at risk of committing acts like this, if we want to make sense of these events.”

The Brady Campaign announced the new plug-in for news sites and Google results in an April 27 press release calling  for “zero minutes of fame” for mass murderers.

“Every time a killer’s face is plastered over the news after a mass shooting, the desire for notoriety inspires copycats to carry out similar crimes,” the campaign’s release said. “That’s why the Brady Campaign and Ogilvy & Mather are launching ‘Zero Minutes of Fame‘ – a simple Chrome plug-in that wipes away killers’ names and images and replaces them with something truly deserving of our attention – the victims.”

For example, in one NBC News article iMediaEthics viewed using the plug-in, the name of Dylann Roof, the accused Charleston church shooter, has been removed from the headline. His name is still in the story, however.

An NBC News story that has had Dylann Roof’s name removed through the Brady Campaign’s plug-in.

On the other hand, an article from South Carolina’s The State newspaper wasn’t affected, retaining Roof’s name in the headline and throughout the text of the story.

Andrew Seaman, the ethics chair for the Society of Professional Journalists, told the Huffington Post that reporting on who was behind mass murders was newsworthy but the media should be careful to avoid speculating and reporting rumors.

Jonathan Hutson, the former Chief Communications Officer for the Brady Campaign, criticized the campaign and media coverage of it in an article for the Huffington Post.

Hutson pointed out that a video ad for the campaign included the names and photos of mass murderers, that the plug-in didn’t block all mass shooters, and that the plug-in in some cases blocked victims or unrelated people.

iMediaEthics has written to the campaign for more information, for responses to the concerns raised by Hutson, and to learn what criteria the plug in requires for blocking names.

Full Disclosure: The author of this report interned for The State in the fall of 2007.

Should We Hide the Names of Mass Shooters?