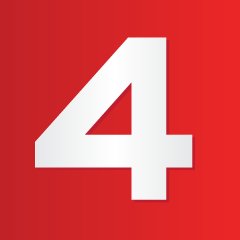 “The decision to leave was the result of an incident that occurred at the investigative reporters’ conference I recently attended in Houston,” Dietz wrote in a Facebook post. He said he “jokingly” commented about cropping a black reporter out of a group photo that got him fired. He claimed it wasn’t a problem until it became part of the “water cooler conversation” at work the next week, but apologized for having “offended” anyone. Further, he commented that there was alcohol at the event and he was told that was “a factor in my termination.” Dietz explained:

“While attending a social event during the conference, we took a WDIV team photo and I jokingly said to the group “We are probably going to have to crop the black reporter out of the photo.” The intent of my comment was to openly acknowledge, amongst team members, the challenge it’s been for our company, and many companies, to achieve diversity goals. This is a serious subject that I approached through humor. Nevertheless, the station has a zero tolerance policy on racially insensitive comments and they determined, despite the intent and context of my statement, that it violated the policy. I understand and support the need for such policies.

iMediaEthics wrote to WDIV for its response to Dietz’s claims. Station manager and vice president Marla Drutz told iMediaEthics, “In response to your e-mail, I can only say that Kevin Dietz resigned on July 1, effective immediately.  We had a long relationship with Kevin and we wish him well.  Personnel issues such as these are respectfully private and we will have no further comment.”