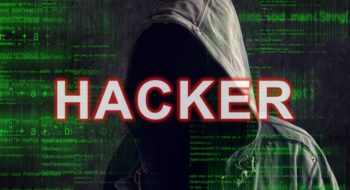 Russian hackers did not penetrate the U.S. electrical grid through a Vermont utility, as the Washington Post previously reported. The newspaper has published an editor’s note walking back its Dec. 31 story.

The article reported on a potentially compromised laptop at the Burlington Electric Department utility. “A code associated with the Russian hacking operation dubbed Grizzly Steppe by the Obama administration has been detected within the system of a Vermont utility, according to U.S. officials,” the article begins.

Atop the article, just after the headline and before the bylines and story begin, the Post tacked on an editor’s note acknowledging the grid wasn’t penetrated, as far as officials currently know. The Burlington Electric Department has a statement on its website’s homepage saying the “suspicious Internet traffic” was “in a single Burlington Electric Department computer not connected to our organization’s grid systems.”

The statement goes on, “There is no indication that either our electric grid or customer information has been compromised. Media reports stating that Burlington Electric was hacked or that the electric grid was breached are false.”

“Editor’s Note: An earlier version of this story incorrectly said that Russian hackers had penetrated the U.S. electric grid. Authorities say there is no indication of that so far. The computer at Burlington Electric that was hacked was not attached to the grid.”

The Burlington Free Press reported initially that the grid was hacked but posted a correction which reads “CORRECTION: An initial version of the story stated Russia penetrated the U.S. Grid. Recchia of the Public Service Board and Kanarick of Burlington Electric Department said the grid was not compromised.”

The Burlington Free Press’s executive editor Denis Finley told iMediaEthics by e-mail its article re-reported the Washington Post’s claims. “We used its information initially, believing it was credible, but beyond that, it was The Post’s mistake,” Finley said by e-mail. ” We corrected it as soon as we discovered it was in error.”

iMediaEthics has written to the Burlington Electric Department for comment.