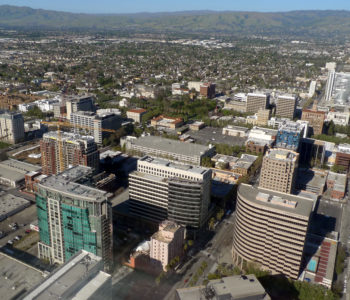 Reporters sometimes make it all too obvious that they haven’t done sufficient research before publishing a story.

A routine web search of the term –hydrogen sulfide–would’ve helped a reporter at San Jose’s KTVU avoid factual error last month. The reporter wrote, in an article about the death of a San Jose teen (emphasis not original), “The cause of death has not been confirmed, though two pans containing hydrogen sulfide were found on a table in the teenager’s bedroom, where he was found unconscious by his mother, according to San Jose Fire fire Capt. Barry Stallard.”

This scenario is highly unlikely, as hydrogen sulfide is a gas. Gases cannot be contained in pans. It is possible that the chemical compound in the pans was emitting hydrogen sulfide into the air – but there is no way hydrogen sulfide was contained in two pans. Interestingly enough, an earlier (Feb. 12) article acknowledged that it’s a gas. It says, “Fire Capt. Barry Stallard concurred. ’It’s more of a confined-space gas,’ he said. ’It dissipates very quickly.’” If the Fire Captain told KTVU on Feb. 12 that it’s a gas, why the mistake on the 14th?

According to Wikipedia, and verifed with chemistry professor Dr. Bruce Mattson: sodium sulfide is “the name used to refer to the chemical compound Na2S but more commonly its hydrate Na2S.9H2O. Both are colorless water-soluble salts that give strongly alkaline solutions.” The entry explains the connection with hydrogen sulfide: “When exposed to moist air, Na2S and its hydrates emit hydrogen sulfide, which smells much like rotten eggs. Na2S and its hydrates are dangerous and should only be handled by experts. Like sodium hydroxide, it is strongly alkaline and will cause skin burns. Acids react rapidly to produce hydrogen sulfide, which is a toxic and foul-smelling gas.”

Dr. Mattson, head of the Center for Microscale Gas Chemistry in the Department of Chemistry at Creighton University, further explained hydrogen sulfide: “It is the only gas that I publish that is very toxic. It can be made from common materials found at the neighborhood hardware store.” He said that after a Japanese student told him “this gas was a popular method of suicide in Japan.” he removed the exact formula from his websites to prevent “misuse of the gas.”

I have written and called the station for comment and am waiting to hear back.