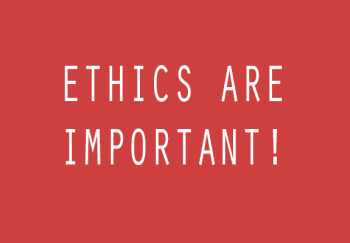 “Don’t publish anything until you know it to be true.”

Seems simple, but that warning needed to be repeated to attendees at Cal Poly’s journalism ethics conference last week.

The Oct. 10 event was the first Jim Hayes Symposium: Advancing Integrity in Journalism and Communication, according to an announcement on the university’s website. There were 125 attendees, according to the university’s Susan Houghton. “We hope to have the conference on a biennial basis and we’ve tentatively set the next symposium for January 2016,” she said.

Hayes taught at Cal Poly, in San Luis Obispo, California, for 23 years, retired in 1992 and died this summer.

Cal Poly’s Journalism department chair Mary Glick is quoted by Cal Poly as explaining the need to discuss ethics: “In an era when anyone with a smartphone and a Facebook page can become a publisher, it’s more important than ever to recommit to the values that drive trustworthy news and information.”

Pensiero has been with the Journal since 1984 and has “focused on standards and ethics since 2004,” according to the school’s announcement.

Despite changing platforms for publishing information, Pensiero told attendees “There’s not just one way to tell a news story anymore, but the ethics are the same, regardless of the platform.”

The event and meals cost $70. Students received a discount rate of $25, and some students received free tickets thanks to alumni sponsorships, Cal Poly’s Houghton told iMediaEthics.