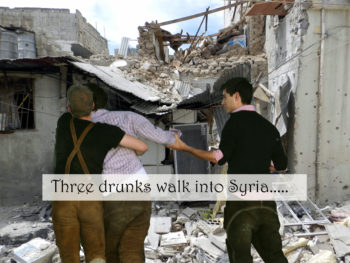 No, three British men didn’t drunkenly end up in Syria.

It seems like a no-brainer that the story was a prank, but a few UK news outlets fell for the tall tale that Lewis Ellis, Alex McCormick, James Wallman went clubbing in Cyprus, and pulled an all-nighter to take a morning dolphin-watching trip but got on a fishing boat that took them to Tartus, Syria.

McCormick told the BBC, “I made the entire story up,” as he was interviewed by the Lad Bible about his claims.

Some of the outlets that were duped include

The Lad Bible has no correction on its story.

Online archives shows that Australia’s News.com.au published a story by Marnie O’Neill about the tale as if it were true. 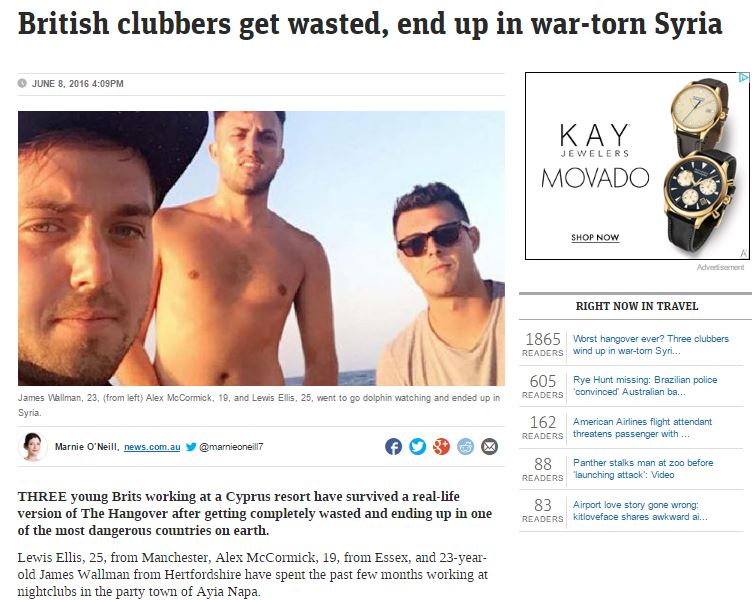 An archived version of the News.com.au article.

Without any disclosure to readers or correction, News.com.au edited its article to reflect the Syria story was fake. See a screenshot below. A News Corp. Australia spokesperson declined to comment to iMediaEthics. 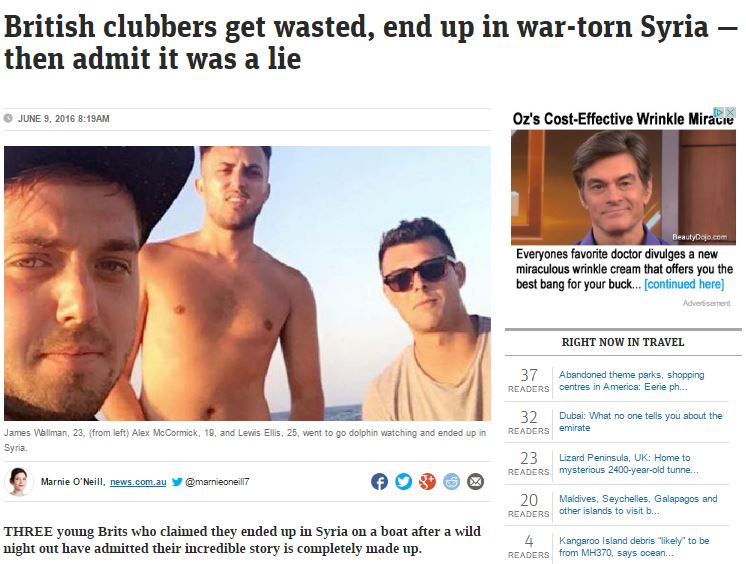 News.com.au updated its story to reflect the story was fake but didn’t disclose to readers or correct its error.

Time also covered up its mistake. See below its original story by Casey Quackenbush via an archive. iMediaEthics has contacted Time to ask if it will add a correction. 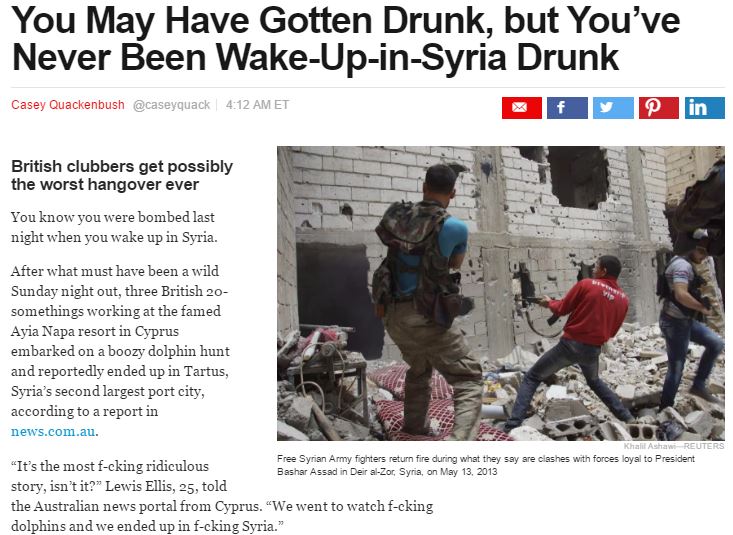 Like News.com.au, Time covered up its mistake by adding in that the story was a hoax without disclosing that it was duped or posting a correction. 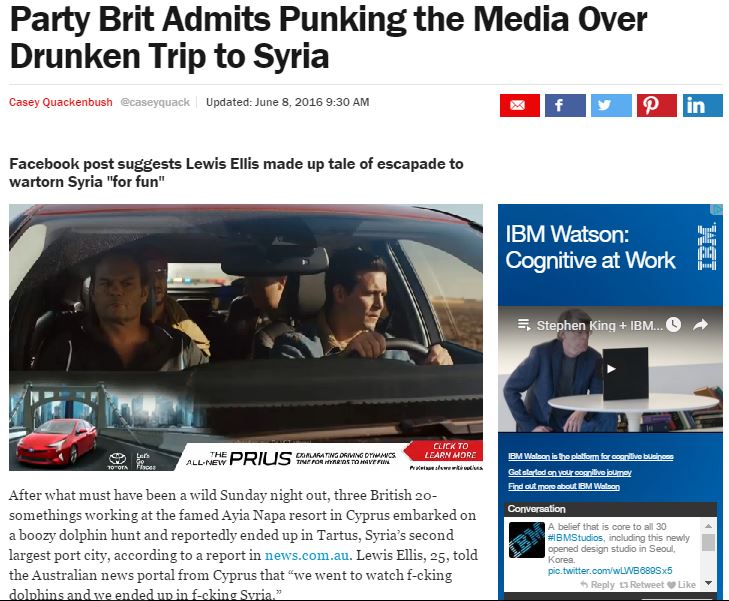 The updated article without disclosure.

Unlike News.com.au and Time, the Atlantic admitted it was duped into covering the story. In a note atop its original story reporting that the Syria trip was real, the Atlantic‘s Matt Vasilogambros wrote

“When a story seems too good to be true, it often is: Lewis Ellis, a 25-year-old from Manchester, who said he and his friends who went dolphin-watching while drunk in Cyprus, but ended up in Syria, now says he made it all up.

“We initially reported the prank, which we and other news organizations fell for, as the consequences of an all-night bender.”

The Express and ITV appear to have deleted their stories on the boat trip. See the original stories below. iMediaEthics has contacted both to confirm they unpublished and ask if they posted corrections anywhere. 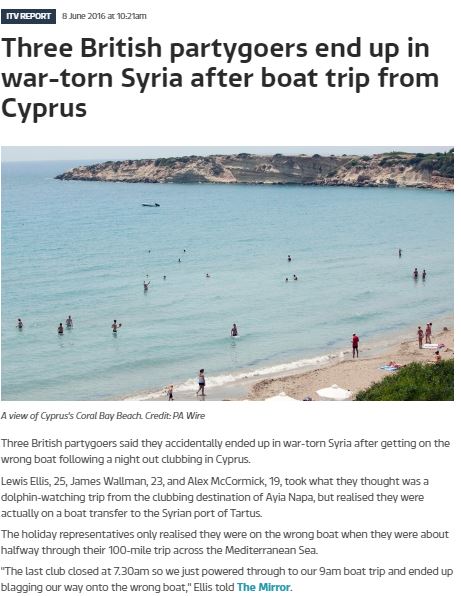 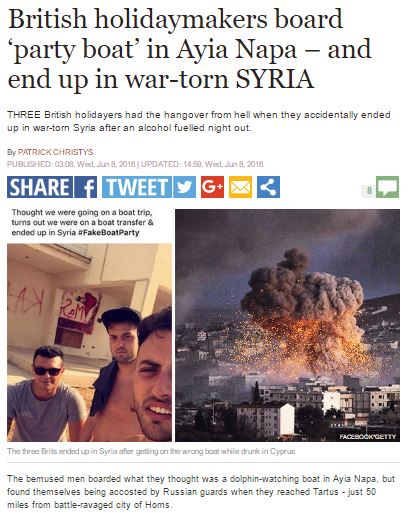 The original Express article, which appears to have been deleted.

The Mirror and the Mail didn’t post any apparent disclosures of error in their updated articles. The Guardian scanned in the print edition of the Mirror’s original article. iMediaEthics has written to both asking about corrections. The Mirror declined to comment.