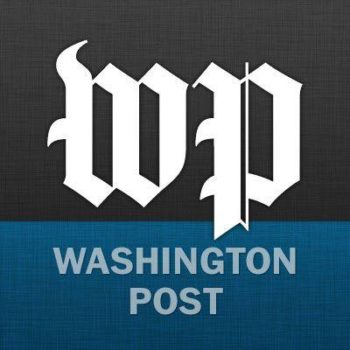 The article reported on claims about Russian propaganda made by groups of researchers, Foreign Policy Research Institute, PropOrNot, Rand Corp., and George Washington University’s Elliott School of International Affairs. One of the groups was PropOrNot, which sent the Washington Post an advance copy of its report listing “more than 200 websites as routine peddlers of Russian propaganda during the election season.”

A Washington Post spokesperson told iMediaEthics, “The editor’s note and our statement last week on this matter speak for themselves. We have nothing to add.”

According to Washingtonian Magazine‘s Andrew Beaujon, the editor’s note added by the Post “follows intense criticism of the article. The article was “rife with obviously reckless and unproven allegations,” Intercept reporters Glenn Greenwald and Ben Norton wrote, calling PropOrNot, one of the groups whose research was cited in Timberg’s piece, ‘anonymous cowards.’ One of the sites PropOrNot cited as Russian-influenced was the Drudge Report.”

Mediaite added, “Many of the news sources named as proproprietors [sic] of Russian propaganda by PropOrNot were incensed that the Post passed along those claims. Among their complaints was the fact the team behind PropOrNot has never revealed their actual identies [sic], and that they listed some sites as ‘Russian propaganda’ based on only a single story they believed ‘aligned’ with Russian interests. Websites listed as ‘propaganda’ included widely-read conservative sites like The Drudge Report and left-wing outlets like The Intercept and TruthDig.”

Russia Today, the Russian-government-run news service and one of the sites included on the list, reported on the editor’s note, calling the PropOrNot report “sham research” and PropOrNot itself a “dubious website.” Russia Today noted that the U.S.-based blog Naked Capitalism called for the Washington Post to retract its article after it was included on the PropOrNot list. The blog said the Post report served to “validate and amplify its message.” Naked Capitalism describes itself as “fearless commentary on finance, economics, politics and power.” iMediaEthics e-mailed Naked Capitalism for comment.

“Editor’s Note: The Washington Post on Nov. 24 published a story on the work of four sets of researchers who have examined what they say are Russian propaganda efforts to undermine American democracy and interests. One of them was PropOrNot, a group that insists on public anonymity, which issued a report identifying more than 200 websites that, in its view, wittingly or unwittingly published or echoed Russian propaganda. A number of those sites have objected to being included on PropOrNot’s list, and some of the sites, as well as others not on the list, have publicly challenged the group’s methodology and conclusions. The Post, which did not name any of the sites, does not itself vouch for the validity of PropOrNot’s findings regarding any individual media outlet, nor did the article purport to do so. Since publication of The Post’s story, PropOrNot has removed some sites from its list.”

The article also carries a correction.