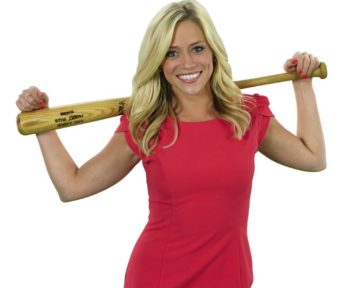 Emily Austen, the fired Fox Sports Florida sideline reporter, apologized this weekend for her comments on the “Jews in Boca,” and Chinese and Mexican people.

Austen posted on Twitter an apology June 12. “I made a terrible mistake,” she wrote. “I was in an environment where I was trying to be funny and make a joke, and my comments were insensitive.”

“You can trust this was absolutely not my intention,” she went on. “Anyone who knows me knows that it is not how I truly feel. I will continue to work hard to prove myself and make things right. I know I have some growing to do, and I sincerely apologize. Something like this will never happen again.”

Austen was cut from Fox Sports Florida last week after she made controversial, racist comments in a Facebook Live interview with sports site Barstool Sports, as iMediaEthics previously reported.

“I’m not trying to be racist,” Austen said in the video after commenting on the “Jews in Boca,” that she didn’t know “Mexicans were that smart” and that the “Chinese guy is always the smartest guy in math class.”

Fox Sports Florida responded saying that Austen wouldn’t be on its schedule.