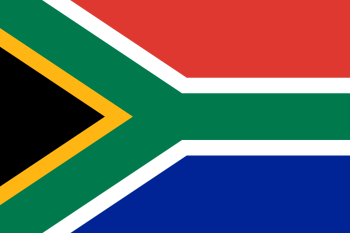 White men around the world should be banned from voting for twenty years…or so a blogpost on Huffington Post South Africa insisted on April 13. However, because the blog writer’s identity could not be verified, the site has unpublished the post in question, “Could it be Time to Deny White Men the Franchise?”

The commentary was supposedly written by a University of Cape Town student named Shelley Garland. Among other things, it said, “some of the biggest blows to the progressive cause in the past year have often been due to the votes of white men” and suggested white men should be kept from voting for twenty years.

Further, it claimed white men are responsible for the Brexit vote, Donald Trump’s election, the Democratic Alliance’s wins in South Africa, and the 2008 recession.

“Let’s be clear, it may be unfair, but a moratorium on the franchise for white males for a period of between 20 and 30 years is a small price to pay for the pain inflicted by white males on others, particularly those with black, female-identifying bodies,” the blogpost argued. “In addition, white men should not be stripped of their other rights, and this withholding of the franchise should only be a temporary measure, as the world rights the wrongs of the past.”

The site unpublished the commentary, according to a post by Huffington Post South Africa editor-in-chief Verashni Pillay, who wrote Garland “cannot be traced and appears not to exist.”

According to an archive of the Huffington Post article, it was Garland’s only article for Huffington Post South Africa. She was identified as “an activist and a feminist” and philosophy student at University of Cape Town.

The Univ. of Cape Town’s media liaison Elijah Moholola told iMediaEthics by e-mail “The University of Cape Town confirms that Shelley Garland is not and has never been a UCT student.”

Addressing the situation, Pillay stated that Huffington Post has “bolstered and strengthened our blogging procedures” and now required bloggers “to verify themselves.” iMediaEthics has written to Huffington Post South Africa to ask how it determined Garland wasn’t real, how long the blogpost was published, and how it beefed up blogging procedures.

Pillay added that the Huffington Post has asked South African Press Ombudsman Joe Thloloe to look into the criticism of the blogpost’s content.

Before unpublishing the problematic blogpost, Huffington Post South Africa stood by the commentary despite numerous complaints about racism. Pillay argued the blogpost’s analysis was “pretty standard for feminist theory” but admitted “this doesn’t necessarily mean we agree or endorse everything in Garland’s blog.”

However, when Huffington Post unpublished the original Garland blogpost, it also deleted Pillay’s post in defense of it and replaced it with an explanation about not being able to verify Garland’s existence.