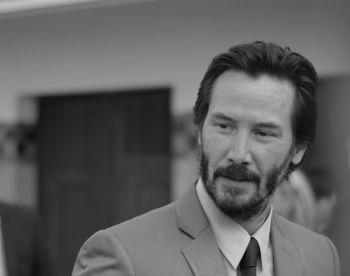 Reeves’ representative told Huffington Post that he never gave an interview to Star2. “This interview did not happen,” Reeve’s spokeswoman told the HuffPost. “This was pieced together from several interviews and the majority of these questions were not asked nor answered. They are fabricated.”

Star2‘s reporter, Philip Berk, defended its interview, saying he talked to Reeves at the Four Seasons in New York, according to Free Malaysia Today.

iMediaEthics wrote to Star2 to ask for its response to the allegations; Star Media Group’s features editor Lennard Gui pointed iMediaEthics to its June 5 online article that stated its columnist defends his interview as real. In the Star2 article, the columnist, Berk, said the “lonely guy” quote in question came from a 2003 “article he wrote for Galaxie, a now-defunct magazine under the Star,” the report says. “The other quotes in Berk’s Q&A were from a press conference at the Four Seasons New York in April 2019, held between the HFPA and Reeves who was promoting his movie John Wick: Chapter 3 – Parabellum, the article states.