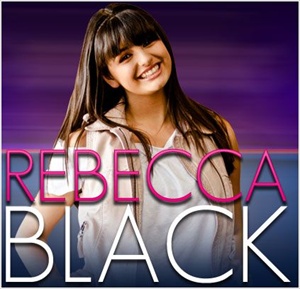 Rebecca Black and R Kelly did not get married, despite a (fake) story posted on Sony Music Ireland's website last week. (Credit: RebeccaBlack.com)

One of the fake news stories claimed that teen singer of the viral song “Friday,” Rebecca Black, married R Kelly. Another claimed that pop music musicians from the band The Script died.

Tech news site IT ProPortal reported that no hacking group has admitted to being behind the attack yet.

However, an anonymous source “close to” Sony Music Ireland reportedly told Reuters that the company believes “pranksters rather than hackers” put the fake stories on the site.