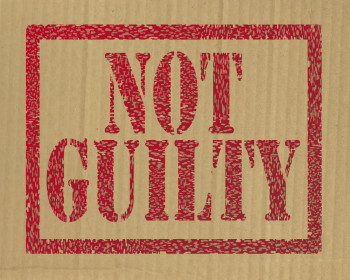 Jian Ghomeshi, who was fired from the Canadian Broadcasting Corp. in 2014, was found not guilty of sexual assault and choking yesterday.

“I am forced to conclude that it is impossible for the court to have sufficient faith in the reliability or sincerity of these complainants. Put simply, the volume of serious deficiencies in the evidence leaves the court with a reasonable doubt,” the judge William Horkins said, according to the CBC.

“The charges that were before the court in this trial and the judge’s ruling are unrelated to our decision to end Jian Ghomeshi’s employment with CBC.  Based on the evidence that came to our attention, Mr. Ghomeshi’s actions were not in line with the values of the public broadcaster nor with our employee code of conduct.​ We stand by this decision.”

Read the ruling here. The verdict was unexpected, the Guardian reported, writing: “It was not an outcome many could have predicted even a few months ago.”

Ghomeshi was charged in 2014 with four counts of sexual assault and one count of choking with three alleged victims. He was fired from the CBC and the time. He sued  the CBC over the firing but later withdrew that lawsuit.

In 2015, two CBC executives were fired after the network investigated how Ghomeshi’s behavior in the workplace had not been addressed or stopped.

“To the extent that there was management intervention, it was limited and ultimately ineffective at dealing with the central issue: that is that Mr. Ghomeshi’s treatment of and conduct towards those with whom he worked as deeply problematic,” the lawyers who conducted the review wrote. “The consequences of management’s failure to adequately act resulted in employees who legitimately felt disempowered and abused.”

Two of Ghomeshi’s alleged victims remained anonymous but one, actress Lucy DeCoutere who accused Ghomeshi of choking and slapping her, said she wanted to be named.

The trial ended last month. According to the CBC, Ghomeshi must face a final charge of sexual assault next month.