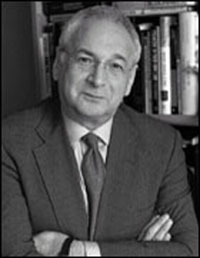 If you were wondering why we need ombudsmen (or even what the heck ombudsmen are), Jeffrey Dvorkin, formerly of NPR has the answer for you in an October 13 post at the Common Ground News Service.

In his essay, Dvorkin discusses the strengths of the position (also called a readers’ representative or public editor) in a changing news environment, and advocates continued hiring of ombudsmen, especially for coverage of the Middle East.

Dvorkin, Executive Director of the Organization of News Ombudsmen, enjoyed a long career as a radio journalist in Canada and the U.S. and as an advocate for the free press–work which prepared him to take the somewhat self-critical role of NPR ombudsman. He writes that though “it’s not easy being a news ombudsman these days… the institution is one worth investing in, as ombudsmen are showing considerable strength in news organizations around the world, notably in the Middle East.”

Ombudsmen, he explains, serve as gatekeepers and advocates for the concerns and critiques of readers.  If you think the New York Times botched a story, contact Clark Hoyt. Critical of reporting in the Washington Post? Write to Andrew Alexander. It’s their job to investigate and assess how well their own paper is doing in the ethical, quality journalism race.

Dvorkin argues that even though critics can write and publish their own responses and corrections online these days, ombudsmen occupy an important middle ground. Their “opinions [aren’t] necessarily those of management–or of the listeners,” he writes. “And that’s the point.”

“An independent, in-house ombudsman is better able to cast an experienced eye on problems and suggest remedies than a journalist or reporter.” Dvorkin writes.  Effectively, they are facilitating deeper and more effective media criticism, using the resources of their experience and their connections to not only criticize news reporting, but also try to mend it.

While a blogger might skewer the mainstream media quite effectively, they may have little immediate effect on the policy or future practices of the paper.  Dvorkin argues that the strength of an ombudsman is in their ability not only to critique, but to affect change.

When I first began, I received 1,900 emails of complaint and concern in the first six months. In my last year as ombudsman, I received more than 82,000 emails, thousands of letters and more phone calls than I can remember. NPR’s journalistic standards did not deteriorate in that period. Far from it. It demonstrated that public interest in holding media accountable to quality standards of journalism continued to grow. And NPR was deeply committed to public accountability by being open to suggestions about how to make its journalism stronger and better.

Dvorkin’s heraldry for the ombudsman’s calling is clearly not reflective of the current national climate. “Some newspapers, especially in the United States, believe that eliminating the ombudsman position is a painful but necessary cost-saving measure in difficult economic times,” he writes.

But, he argues, having an ombudsman is well worth it. Ombudsmen create opportunities for accuracy and growth (and a relationship between news media and the public), which wouldn’t otherwise exist. Writing specifically to readers concerned about Middle East issues at Common Ground News, he says,

That’s what ombudsmanship is all about: providing the public with the media access they need and deserve. It’s a way to keep journalism honest, reliable and always at the service of the citizens. So while the office is being downsized in the United States, I hope that Middle Eastern and Mediterranean countries continue to capitalize on the office’s full potential.

It is important to note that Dvorkin’s vision holds true only if ombudsmen are doing their jobs faithfully and without bias toward their paper. As long as such its the case his point is well taken–that the more people there are assessing news critically and skeptically, the better.
Read his full article here.