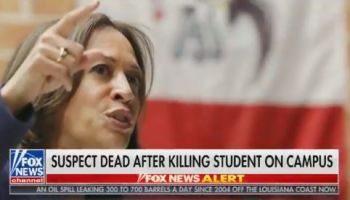 When iMediaEthics contacted Fox News, a spokesperson for the cable news network pointed us to the correction. iMediaEthics has written to Harris’s office to see if it is satisfied with the apology.

Fox News ran footage of @KamalaHarris during a segment about a murderer/sex offender thought to be on the loose. pic.twitter.com/t18JTI4xOD

“Now, in an earlier version of this story we showed you the wrong video. We showed you pictures of Senator Kamala Harris instead of [Melvin] Rowland’s mugshot. We apologize for that error.”