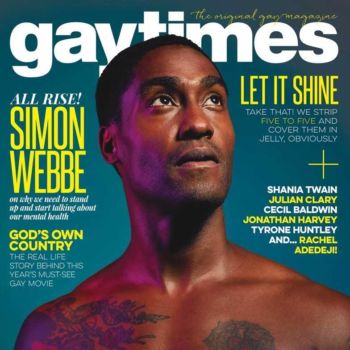 Gay Times magazine fired its new editor Josh Rivers because of his offensive, anti-Semitic tweets from years earlier.  The UK magazine, which boasts 3 million monthly online hits and the largest social media reach for a LGBT brand, also removed all of his articles from its website. His problematic tweets were made between 2010 and 2015, according to BuzzFeed UK, which found “several dozen tweets” that criticized Asians, Africans, overweight people, and lesbians.

At first, Gay Times suspended Rivers, but then it decided to fire him. “After an investigation of the facts surrounding historical tweets by Josh Rivers, the newly appointed Editor of Gay Times magazine; we announce that his employment has been terminated with immediate effect,” the magazine said in a tweeted statement. iMediaEthics contacted the Gay Times to ask how many articles were removed; the magazine pointed to its statement posted on Twitter and its website announcing the firing.

Rivers, 31, said in an interview with the BBC that he was “appalled” by his former tweets. “I was stunned, I was confused. I spent most of my 20s in a daze, in a blur. I was not sober as much as I probably could have been,” he told the BBC. Rivers posted an apology statement on Twitter calling his tweets “horrible,” “abhorrent,” “ugly” and “so hateful.” iMediaEthics has messaged Rivers.

A statement from Gay Times regarding Josh Rivers. pic.twitter.com/nJ7gDLxE7e

To every single person who is hurt, offended and disappointed: I’m sorry. pic.twitter.com/XAwz7llKxc