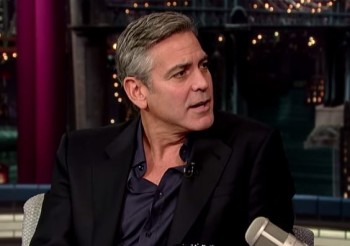 George Clooney rejected the Daily Mail’s apology for publishing a false story claiming his fiance’s mother disapproved of their relationship.

As iMediaEthics previously wrote, the Mail published a story this week claiming Baria Alamuddin, the mother of Clooney’s fiance Amal Alamuddin, “opposed their forthcoming marriage on religious grounds.” The article further claimed Baria Alamuddin told “half of Beirut” about her problems with the marriage.

Clooney quickly slammed the Mail article for being “negligent” and “dangerous.”  He accused the Mail of publishing false stories.  The Mail then apologized and unpublished the article. The apology denied the story was fake, and said the Mail was investigating the article.

This morning, Clooney responded to the Mail‘s apology in a statement published by USA Today, calling the original article “a premeditated lie.”

He claimed the Mail was trying to “coverup” its error and raised two inconsistencies between the Mail‘s apology and the original article.

For example, whereas the Mail‘s original story claimed “a family friend” was the source for the false claims, the apology says the article was “based the story on conversations with senior members of the Lebanese community.”

Clooney rebutted, “So either they were lying originally or they’re lying now.”

He also pointed out that an April article by the Mail correctly reported that Baria Alamuddin was NOT Druze. Yet, the July article he complained about falsely said she IS Druze. “The Mail knew the story in question was false and printed it anyway.”

Clooney went on in his July 11 statement:

“What separates this from all of the ridiculous things the Mail makes up is that now, by their own admission, it can be proved to be a lie. In fact, a premeditated lie.

“So I thank the Mail for its apology. Not that I would ever accept it, but because in doing so they’ve exposed themselves as the worst kind of tabloid.

“One that makes up its facts to the detriment of its readers and to all the publications that blindly reprint them.”

iMediaEthics is reaching out to the Mail for comment.

UPDATE: 7/12/2014 5:45 PM EST The UK Press Complaints Commission told iMediaEthics it hasn’t received complaints about the online Mail story that was published at this link before Clooney’s complaints and the Mail’s apology.

It also hasn’t received any complaints about the print story headlined: “Arm in Arm, Clooney’s mum and the mother of his bride”