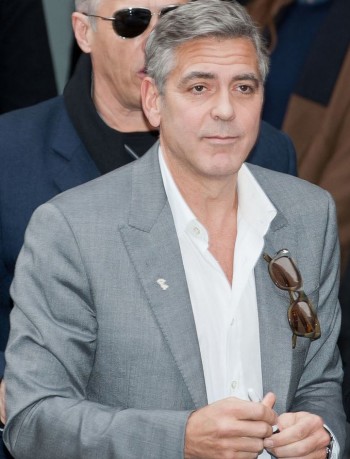 This weekend, UK celebrity magazine Hello! fessed up to publishing a fake interview with George Clooney after the actor called the wholesale fabrication of an interview a “very disturbing trend.”

In his statement criticizing the fakery, Clooney pointed out that several news outlets had picked up the fake interview and quoted it as real.

iMediaEthics looked this weekend to see who republished information from the fake Hello! interview and who has corrected or updated.

“Update (12:53 P.M.): George Clooney has issued a statement saying that an interview with Hello! Magazine, which contained quotes about his married life on which our previous story, which we removed, was based, never happened. ‘The problem is that I have not given an interview to Hello! Magazine and the quotes attributed to me are not accurate,’ he wrote. ‘In my experience, being misquoted is not unusual but to have an ‘exclusive interview’ completely fabricated is something new.’ Hello! has since removed its story, which according to Deadline was ‘bought from a reputable source.'”

Marie Claire added an update after learning the interview was fake. That reads:

“Updated 12:30 p.m., 4/1: Welp—looks like Hello! got a few things wrong about George and Amal Clooney’s marriage. Actually, according to The Hollywood Reporter, the interview never even took place. ‘In my experience, being misquoted is not unusual but to have an ‘exclusive’ interview completely fabricated is something new. And a very disturbing trend,’ Clooney said in a statement on Friday. So unfortunately we are left to our own devices when daydreaming about the Clooney union. Sigh.”

Digital Spy added an update to its article:

“Update: George Clooney has now denied giving the quotes attributed to him by Hello! magazine, describing the interview as ‘completely fabricated’.

“Hello! has also responded with a statement, saying they ‘are very dismayed by Mr George Clooney’s statement that an interview with him that was published by the Hello! Group is not authentic.'”

Elle appears to have deleted its article, as did The Evening Standard and The Belfast Telegraph. iMediaEthics has written to all three to confirm.

Other outlets that covered but haven’t updated or corrected their original articles as of yet include: Closer, IB Times, The Mirror,  and US Weekly.