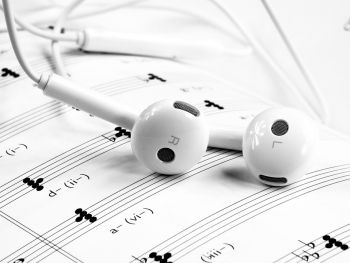 Germany’s edition of Playboy published an interview with film composer Ennio Morricone, but Morricone denies he said what the magazine claimed.

The Playboy interview claimed Morricone called director Quentin Tarantino a “cretin” and unoriginal and his films “trash.” Morricone worked with Tarantino on the movie The Hateful Eight.

In a statement on his website, Morricone called the interview “false,” adding “I have not given an interview to Playboy Germany and even more, I have never called Tarantino a cretin and certainly do not consider his films garbage. I have given a mandate to my lawyer in Italy to take civil and penal action.” Further, Morricone praised Tarantino and noted he publicly has called Tarantino “one of the greatest directors of this time.”

Playboy originally stood by its interview, telling The Guardian: “We are surprised to hear that Ennio Morricone denies having given an interview to German Playboy. The conversation did in fact take place on 30 June 2018 at his property in Rome. The interview with German Playboy, conducted by the journalist Marcel Anders, was arranged via the concert promotion company Semmel Concerts, who were also present. We are also confused by the claim that parts of the published statements were not made in this form.”

Later, however, Playboy‘s editor-in-chief Florian Boitin apologized and said the magazine now thinks the interview was “reproduced incorrectly,” telling Variety, “In the past, we have had no reason to doubt his journalistic integrity and skills. Based on the information now at our disposal, we must unfortunately assume that the words spoken in the interview have, in part, been reproduced incorrectly.”

iMediaEthics wrote to the publisher for Playboy German edition to ask if a retraction or correction would be issued; a spokesperson, Alice Wagner, responded and provided iMediaEthics with the statement from Variety. That statement from Boitin reads in full: “Up to now, we have considered the freelancer who conducted the Ennio Morricone interview on our behalf to be a renowned print and radio journalist. In the past, we have had no reason to doubt his journalistic integrity and skills. Based on the information now at our disposal, we must unfortunately assume that the words spoken in the interview have, in part, been reproduced incorrectly. We would like to express our regret should Mr Morricone have been portrayed in a false light. We are working to clarify this matter and are exploring legal measures.”

Floris Douwes, Morricone’s spokesperson, provided iMediaEthics with a statement saying the Playboy article had “very negative and defamatory comments” about Tarantino and the Academy of Motion Picture Arts and Sciences. Douwes said the journalist who wrote the article featuring Morricone sent a private apology to Morricone; iMediaEthics has written to Germany Playboy to confirm.

“The author of the article that appeared in Playboy, Mr. Marcel Anders was invited to take part in this event and conduct an interview with Maestro Morricone by invitation of Semmel Concerts, the German presenter of Ennio Morricone’s live concerts. Mr. Anders is understood to be a free-lance journalist, not a reporter employed by Playboy, who offers his work to multiple media outlets. It was also made clear to us that he would be conducting the interview in first place on behalf of German radiostation Deutschlandfunk.

“The interview on June 30th at Maestro Morricone’s residence in Rome between Mr. Anders and Maestro Morricone took place in the presence of three other people: Mrs. Cathrin Weidner, press representative for Semmel Concerts, Mrs. Julia Douwes, concert producer for GEA and Mrs. Gioia Smargiassi, the interpreter that translates at all of Maestro Morricone’s public events for us. Each of these people individually have provided testimony to us this morning, that no negative or defamatory comments were made by Ennio Morricone in regard to Quentin Tarantino or the Academy of Motion Picture Arts and Sciences.”