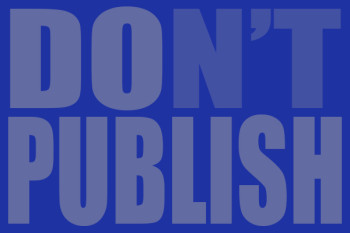 The Globe and Mail is one of the many news outlets that decided against publishing cartoons from Charlie Hebdo, the satirical magazine that was attacked Jan. 7.

Public editor Sylvia Stead reported that the paper’s editor-in-chief said the paper’s reporting was more focused on what happened at the magazine as opposed to the actual cartons.

“The story is the killings, not any cartoon,” editor David Walmsley said.  He went on,

“As our editorial said, we support the right to publish material that provokes. Throughout the media landscape across the world, there is a wide range of material that is published. Charlie Hebdo has its voice, for example. The Globe and Mail has its. We hadn’t published the cartoons before the slaughter and our editorial position remains the same today.”

Stead agreed that it was important to “keep the focus on the victims,” but suggested that the Globe be open to possibly publishing the cartoons if it becomes more necessary as information about the attacks becomes available.

“So, do the readers need to see actual cartoons or do they need a description?” she asked. “One problem is that we don’t know if it was one particular cartoon or several that was the focus of the killers’ anger. If that comes to light, perhaps The Globe should review its decision.”

The CBC’s editor in chief Jennifer McGuide explained the CBC decision against publishing in a Jan. 8 blogpost.  “At CBC News, we opted on the side of discretion: to show some of these incendiary cartoons, but hold back from showing the ones most likely to offend Muslims because they depicted the Prophet Muhammad,” McGuire wrote.

She argued that the paper still was supporting freedom of expression even if it didn’t publish the cartoon. “You can be a fierce devotee of freedom of expression who feels outrage against extremists and solidarity with French journalists, yet still decide that you can cover the story clearly and thoroughly without publishing material that could offend Muslims or even incite hatred toward them,” she wrote.

On the other hand, the CBC’s McGuire and the Globe‘s Stead noted that other Canadian publications like the National Post did publish the cartoons. iMediaEthics has asked the National Post‘s publisher what the reasoning was for publishing the cartoon.

Sun spokperson Kory Teneyckke simply explained the decision in an e-mail to iMediaEthics as “it’s news.”

Danish paper Jyllands-Posten announced it wouldn’t publish the cartoons for safety reasons. No national UK newspaper published the Muhammad cartoons from Charlie Hebdo, Jan. 8, according to the Guardian.

Read all of iMediaEthics’ stories on Charlie Hebdo.