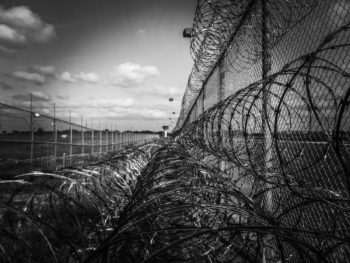 Convicted murderer Graham Coutts had a heart attack, not a panic attack or an anxiety attack.  But the Daily Mail and Sunday Post reported otherwise. Coutts, who was convicted of murdering special needs teacher Jane Longhurst in 2003, complained to the Independent Press Standards Organization about the errors. Coutts maintains a blog where he claims he was wrongfully convicted.

While calling Coutts a “sadist” who was “obsessed with violent pornography,” the Mail said Coutts wanted “up to £40,000 compensation for an anxiety attack he suffered in prison” because prison guards “delayed his journey to hospital,” IPSO reported. The Sunday Post reported similarly Coutts complained, saying that he actually had a heart attack, not a panic attack, and that the Mail’s inclusion of a quote from a criminologist made it appear like he made up his health problem.

Coutts also complained over the Mail’s claim that he told a doctor he would kill someone, that he had thoughts about murdering someone, and that he was “obsessed with violent pornography.” On a smaller note, he also pointed out the Mail said he was from Leven, Fife, when he was really born in Glenrothes, Fife.

The Mail stood by its reporting, noting its claim that Coutts had a panic attack was from the prison nurse, but did offer to publish a correction telling readers Coutts did have a heart attack. The Mail also changed its story to correct where Coutts was from but said it was fair to say he was “obsessed with violent pornography,” a sadist, and had murderous thoughts based on testimony and evidence from his trial. IPSO ruled that the correction fairly fixed the problems with the article and it had to be published in print and online.

IPSO agreed with Coutts that the Mail “gave the significantly misleading impression” about Coutts’ health and it should have clearly said he had a heart attack, instead of using panic and anxiety attack in the headline, subheadline and beginning of the article. ” Overall, the article and the headline suggested that the complainant had suffered a less serious illness than he was actually diagnosed with; this in turn gave the significantly misleading impression that the complainant was suing over a relatively minor medical matter,” IPSO ruled.

However, IPSO did agree with the Mail that it was fair to say Coutts was a sadist and was obsessed with pornography. IPSO also agreed with the Mail it was OK to publish the criminologist’s comments because it was a general opinion.