What conflict? Guardian Didn't Disclose Author is Married to Subject of Art 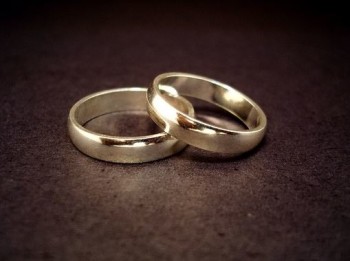 The Guardian failed to disclose that the author of an article, Sunil Khilnani, is married to the subject of his feature story, Katherine Boo.

Khilnani’s article in The Guardian reports on the adaptation of Boo’s book, Behind the Beautiful Forevers, into a theater production, her research for the book, as well as the economic issues in India. Boo published the non-fiction account of life in the Mumbai slums in 2012.

At the bottom of the article, the only disclosure for Khilnani is that he is “the author of The Idea of India.”

iMediaEthics emailed The Guardian to ask why there was no disclosure of the conflict of interest. As of publication, we haven’t heard back from the newspaper. However, by 3:30 PM EST, the following disclosure has been added to the article:

“Sunil Khilnani is the author of The Idea of India and is the husband of Katherine Boo.

“The footnote was amended on 16 November 2014 to include the fact that the author is married to Katherine Boo, in line with the Guardian’s editorial code.”

Commenter “expatamericanstudent” busted the lack of disclosure in a Nov. 16 comment:

“Sunil Khilnani, the author of this piece, is the spouse of Katherine Boo, whose work is featured in the piece. Journalism 101: disclose that very important piece of information.

“Or better yet, get someone else to write the article.”

In contrast, another commenter pointed out that the Financial Times, which also published a story on Boo, disclosed that its writer, Jan Dalley, had a relationship with the author. That commenter, “Giftedcynic,” wrote:

“The FT has a lunch piece with Boo where the writer discloses that she is a friend. Shame the Guardian isn’t quite so strict. I’m sure Khilnani is entirely objective but like Caesar’s wife….”

In the middle of the Financial Times article, which is part of a series called “Lunch with the FT,” Dalley informs readers that, “Her first visit to India was with him in 2002, which was about the time she and I first met. And – full disclosure here – we have been friends ever since, although it’s a friendship that has necessarily been sporadic.”

While that disclosure would still be best at the bottom or top of the article for readers to easily see, it’s better than no disclosure at all, iMediaEthics notes.

iMediaEthics has written to Khilnani and Boo’s publisher for more information.

Khilnani told iMediaEthics by e-mail from New Delhi that his article was “written as a program note for the National Theatre’s production of ‘Behind the Beautiful Forevers.'”

“It was written specifically at the request of the National Theatre. It was never intended to be published in a newspaper, as far as I am concerned,” he wrote.

Khilnani noted that his relationship with Boo is “hardly a secret” and expected the Guardian to disclose it to readers. “I would, of course, hope that the Guardian does indeed make clear to its readers my relationship to Katherine Boo – it’s after all hardly a secret, and is clearly noted in a variety of publicly available articles. ”

iMediaEthics is writing to the National Theatre for more information.

“Professor Khilnani is completely correct in every detail; this was entirely a mistake by the National Theatre press office. We take full responsibility and are extremely sorry about it,” Morrison wrote to iMediaEthics.

“It’s not uncommon for programme notes, which provide background to productions,  to run as features in newspapers.  In this case, however, we made two serious errors of omission:  firstly, we didn’t consult Sunil Khilnani before offering his excellent essay to the Guardian;  secondly, we didn’t ensure the Guardian were aware that he was married to Katherine Boo, so that they could make that clear.

“We sincerely apologise, and deeply regret the embarrassment this may have caused both Professor Khilnani and the Guardian.  This was a human mess-up rather than any intention to mislead (and I hope an uncharacteristic one on our part), but that’s no mitigation.”

The onus was still on the Guardian to be aware of and disclose any conflicts of interest. A simple Google search of either Boo or Khilnani’s name shows their relationship.

We asked the Guardian for a response to these questions. A Guardian spokesperson sent us the following statement:

“The article in question was updated online over the weekend in line with our editorial code, along with a footnote added to acknowledge the change. The disclosure was left out in error, hence the correction and footnote.”

We’ve e-mailed the Guardian again asking for a response to our specific questions.

“As per the email from the National Theatre press office, they did not disclose the relationship between the author and the subject to us. Those who edited the piece weren’t aware of the relationship and so it was missed. As soon as this error became apparent, we updated and footnoted the piece in line with our editorial code and internal processes, and will be running a correction in our corrections and clarifications column both in print and online. As far as the Guardian was concerned, the National Theatre press office had been authorised to offer the piece to us. The Guardian regularly runs content which has been published – or is due to be published – elsewhere, if we believe it will be of interest to our readers.”