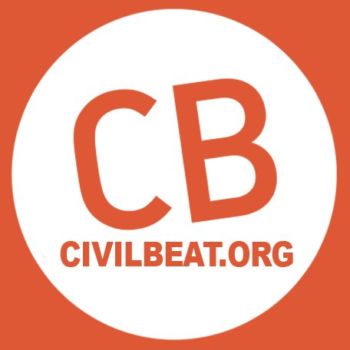 Honolulu Civil Beat, a Hawaii-focused news site, cut ties with politician Peter Apo last December after he was accused of ethics violations and sexual harassment. Apo, a Trustee of the Office of Hawaiian Affairs, had written op-ed columns for the site about once a month for two years.

Since his firing, Civil Beat reported, Apo has admitted to “using the state agency’s connections and resources to benefit his consulting firm” and was fined $25,000. And, in January, the Office of Hawaiian Affairs paid $50,000 to settle a sexual harassment allegation against Apo.

However, at the time of his firing, Civil Beat didn’t provide any explanation for ending Apo’s columns, its public editor, Brett Oppegaard, wrote last month.  He wrote, “Readers were left to wonder what happened with Apo behind the scenes at Civil Beat, and why wasn’t the media organization being more forthright about that situation, which includes allegations of significant uncredited research assistance, at taxpayer expense?”

In an e-mail to iMediaEthics, Oppegaard noted that Civil Beat did mention, in news stories about Apo, that they had ended his column, but they did not provide any explanation for readers. “The Civil Beat readership deserves more, though, including a transparent statement about Apo’s break in the relationship with Civil Beat,” he wrote.

While Civil Beat didn’t respond to Oppegaard’s inquiries, Apo responded in a letter to the editor that Civil Beat published. In it, he defended himself and said, “I should have declined the offer to be a paid Civil Beat columnist.” In response, Oppegaard posted a comment posing several questions to Apo. That comment read:

“Mr. Apo, since you are addressing these issues in more depth here now, could you please answer the following lingering questions, to add even more clarity to the situation:

“1. Did you accept the ethics commission findings (and fine) in a plea deal of any sort (formal or informal) to avoid future criminal prosecution?

“2. Why the recent $50,000 OHA settlement, reportedly linked to complaints about your conduct? Did you support that settlement? What exactly was it for?

“3. Did publicly funded state employees, in any way under your direction, research and/or write any of your Civil Beat columns?

“I think Civil Beat readers would like to know direct answers to those questions. Thank you in advance for addressing them. … Readers, any others for Mr. Apo?”

iMediaEthics contacted Apo to ask how often he published columns in Civil Beat, when exactly the site ended his columns and what reason was given for his termination. We’ve also contacted Civil Beat to ask if any other politicians provide paid content and if the news site will explain behind-the-scenes information about what ended the relationship.