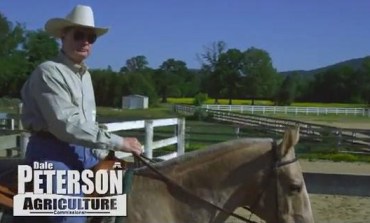 Gawker’s Adrian Chen told MediaBistro that the problem is not with Gawker, but that Herald de Paris has created a plagiarism story for publicity. So why is the subject of the Herald de Paris report, whose quotes were allegedly lifted, also complaining via Twitter about Gawker’s article?

Ehlinger is a filmmaker and radio host who recently created the viral political ad for Alabama’s Agricultural Commission candidate Dale Peterson. This ad has more than 1.2 million YouTube views.

But, Herald de Paris says that Gawker lifted quotes from that article and published their own report without giving credit to Herald de Paris’s  May 19 work.

iMediaEthics spoke to Herald de Paris’ editor and publisher Jes Alexander by phone. She said she had been on Ehlinger’s radio show, The FilmLadd Show, the previous week promoting her new book, The Holly Brown Chronicles. “Everyone was having discussions about his campaign video, but no one was really discussing the guy behind it so we wanted to run a story specifically on him,” Alexander said.

“It became evident really quickly that specifically the quotations and all were lifted right out of Kirsten’s article and Adrien Chen was passing them off and maybe not saying ‘I spoke with Ladd,’ but certainly trying to give the impression he did the work,” Alexander said.  Alexander said that the original Gawker post did mention the Herald de Paris wrote an article, but it did not link to the article.

Brownrigg wrote in a May 24 Herald de Paris op-ed that Gawker “plucked several quotes from my article (without linking to us or stating that those words came from any outside source.) I’m touched, moreover, that you admired my headline enough to closely model yours after it. Although I was a little confused how you managed to misspell Ehlinger’s name, because I certainly spelled it correctly.”

Brownrigg wrote in the op-ed that she’s “furious” not only because of the lack of attribution in the Gawker article but also by the lack of transparency in corrections.

Alexander said that May 25 she noticed that the original Gawker post had been changed and was continuing to be changed to correctly spell Ehlinger’s name and give credit for the quotations.

And, by the time Gawker finally did give credit where it was due, Brownrigg wrote it was too late because by that point, enough people read the work Herald de Paris did, thinking it was Gawker’s.

Alexander, Brownrigg and Ehlinger all said they sent e-mails to Gawker’s editor Remy Stern regarding the matter, but as of midday May 26, none had received any response.

“It was pretty clear they got our e-mails,” Brownrigg told StinkyJournalism.  “All our complaints were quickly remedied with the exception of the headline.”  Ehlinger wrote in an e-mail to iMediaEthics that he “sent Chen emails and I called their phone tip line. Response: the sound of silence.”

Brownrigg told iMediaEthics by phone that she was very careful before calling Gawker out in her op-ed.  She said she discussed the situation at length with her husband, who is a legal professional, and even in her article, she did not call Chen out specifically by name. She noted that her interview with Ehlinger was exclusive, and yet the Gawker post seemingly “repackaged” her interview, quotes and research as if Gawker had published the post.

Brownrigg wrote addressing Gawker “People like myself and my publisher are not here to act as your golden retrievers; we do not scurry forth to fetch this information, just so that you may pilfer it and slap down our quotes as if they were yours. As if you had invested your precious time into doing all that footwork.”

“Of course I’m gratified when a popular site like Gawker looks to us…but just because it’s out there on the Web doesn’t mean you can take it,” Brownrigg told iMediaEthics .  She said that if the information and quotes in her article were from, say a speech or a public interview, then she wouldn’t expect Gawker to attribute the information necessarily, but they were from an exclusive interview.

Alexander told iMediaEthics that Gawker’s taking Herald de Paris’s information and not responding to requests “was disappointing.  I think that none of us would have been hung up about it if Gawker’s editor had responded to my initial email. It all could have been handled behind closed doors but there was this blatant refusal to respond to us, while clearly they got the message” because Gawker made changes requested in Alexander’s e-mails.

Chen e-mailed in a response to Media Bistro that he “credited and linked to the Herald‘s interview when I originally posted the item, exactly as it appears now.  We did make a few changes to the post:  We fixed the spelling of Ladd Ehlinger’s name and replaced the video.” Chen’s only response to two e-mails from iMediaEthics asking about Gawker’s policies for corrections, attribution, the Herald de Paris claim and a lack of a hat tip to Robert Stacy McCain was that he “addressed this issue on Mediabistro” with a link.

But, the Gawker post doesn’t note that any changes have been made to the original article.  Not very transparent. The SPJ code of ethics advises that journalists “admit mistakes and correct them properly.”

Media Bistro also reported that Chen wrote “Charging Gawker with plagiarism seems to be the Herald’s new PR strategy,” noting that Alexander discussed this issue on Ehlinger’s radio show over the weekend.

Brownrigg told iMediaEthics that what she wants publicized is the problem of “repackaging information without attribution.”

“The Internet, as wonderful as it is, has become a vehicle for intellectual theft,” Brownrigg said.  She said this is not a PR strategy and that she wouldn’t have even known that Gawker wrote about her interview if Ehlinger hadn’t told her.

Also interesting is that one of Gawker’s sister sites, Jezebel, linked to Brownrigg’s op-ed article, Alexander noted.  But, Alexander said she couldn’t find the article when she went to the link.  However, Alexander wrote that she did find on Jezebel a post that complains that Pittsburgh’s Y108 blog copied a Jezebel post on the TV show Lost.

Tracie, the author of the blogpost on Jezebel wrote “What sideways universe does this blogger live in that something like this is OK?”

Alexander wrote “It was bad enough when we were ripped off by Gawker, last week.  I wasn’t particularly surprised that I did not get even a simple courtesy reply from the Lord of the Gawkers.  But to find the Jezebel/Gawker group to be openly calling out Y108 for EXACTLY what Gawker did to us and refused to acknowledge, well, that thrusts this whole unseemly mess into a bottom-feeding frenzy lower than I ever imagined.”

The SPJ code of ethics advises that journalists “abide by the same high standards to which they hold others.”

Gawker owns Deadspin, Jezebel and Gizmodo, among other sites.

While researching the Herald de Paris claims, iMediaEthics learned about another complaint against the same Gawker writer, Adrian Chen.  Ehlinger wrote to StinkyJournalism that Chen had posted the Dale Peterson video on Gawker but didn’t note who broke the story – Robert Stacy McCain.

The Robert Stacy McCain blogpost Ehlinger referenced is here on McCain’s blog and here on Gawker’s.  McCain posted the Dale Peterson video before Gawker’s post, and McCain updated his post to reflect that Gawker didn’t give him a hat-tip for the video find. McCain wrote in an e-mail to StinkyJournalism that “hat-tipping is a matter of common courtesy among bloggers, and the fact that Gawker is a large commercial site ought not exempt them from their obligation to those who ‘break’ a new item online.”

McCain wrote that he thinks Gawker found the video either from his blog directly or through McCain’s tweets about the video.  McCain wrote that it’s the principle of linking to sources that is important. “To fail to acknowledge others’ reporting, in an attempt to convey the misleading impression that you are capable of learning everything without the assistance of other journalists, is not just unethical, it’s rude as hell, too,” McCain wrote.

McCain stressed the importance of linking back to the original source of information, especially in blogging.