High Wycombe DOES have a chair making museum, despite newspaper's claim it's 'nonexistent' - iMediaEthics

High Wycombe DOES have a chair making museum, despite newspaper’s claim it’s ‘nonexistent’ 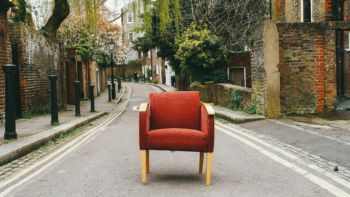 The Bucks Free Press, a weekly newspaper in High Wycombe, England, reported that there isn’t any chair making museum in town, but there is.

Because of that error, and a complaint from the proprietor of the museum, the paper now is publishing a clarification — not a correction — to reflect the error. The newspaper didn’t admit that it made the mistake so much, but rather said “we would like to clarify” that there is a museum. The clarification was published in the paper’s “stand alone supplement advertising local businesses” and the paper will publish an “article advertising the High Wycombe Chair Making Museum,” the Independent Press Standards Organisation explained.

The Bucks Free Press’s Aug. 31 article was headlined, “Count council officials blasted for ‘wasting taxpayers’ money,” and reported that the council had installed signs pointing to a chair making museum. The paper said the museum was “non-existent” and quoted others saying there wasn’t a chair making museum. However, Bishop complained that the article was flatly inaccurate since he runs the chair museum. Bishop also argued the error would hurt the museum.

Despite the obvious error in reporting there was no museum when there is, the newspaper stood by its reporting, IPSO reported. The Bucks Free Press argued it wasn’t inaccurate since the signs were misplaced and didn’t direct toward the museum and instead toward an area where there was no museum.

The clarification will read:

“In August 2018, we published an article which referred to comments made about a supposedly non-existent chair-making museum in High Wycombe.

“We would like to clarify that in June 2016 Mr and Mrs Bishop following consultation with Wycombe District Council took ownership and opened the High Wycombe Chair Making Museum at their premises ~ Kraft Village, Grafton Street, High Wycombe HP12 3AJ.

We apologise if this caused any confusion. “

iMediaEthics has contacted Bishop and the Bucks Free Press.

High Wycombe DOES have a chair making museum, despite newspaper’s claim it’s ‘nonexistent’