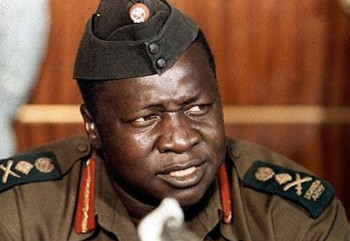 Eleven years after Ugandan dictator Idi Amin’s death, his son, Hussein Amin, complained to the Guardian that its obituary was inaccurate.

Amin’s son, who identified himself as a future political candidate, listed several parts of his father’s obituary that he claims are incorrect.

Amin told iMediaEthics that he came across the old obituary and decided to complain after he saw the obituary circulated on social media in November.

The Guardian readers’ editor, Chris Elliott, reviewed and reported on the letter in a recent column. Elliott said he vetted the letter to ensure it wasn’t fake.

“The column garnered a great deal of interest both in Africa and the wider world,” Elliott told iMediaEthics, adding that Amin “still believes his concerns are valid.”

To his office’s credit, Elliott said the Guardian thoroughly examined Amin’s son’s complaints. “The readers’ editor’s office always considers a complaint seriously, from wherever it comes. The son of the principal is always worth listening to, although that relationship does not guarantee the complainant will always be right,” Elliott wrote.

“They weren’t all allegations of inaccuracy; some where interpretations of events,” Elliott wrote.

Elliott didn’t itemize each of the 15 complaints and his findings, but he did discuss a few of the issues.

“Details of Amin’s family life have some authority when told by his son. However, Hussein Amin’s other assertions, no matter how deeply felt, could not be independently verified,” Elliott wrote.

Some of the complaints Amin made could not be checked and the obituary allowed for that with specifics in its reporting. Where Amin complained that the obituary inaccurately reported how many people died while his father ruled Uganda, Elliott pointed out there are varying numbers.

In addition, while Amin’s son disputed his birth date — saying Idi Amin was born in 1928 — Elliott noted that the Guardian couched its obituary’s reporting of his birth year by writing “Ami was born around 1925 — exact records were not kept for Africans in those days.”

Ultimately, the Guardian posted no corrections or changes to its 2003 obituary, with Elliott explaining that the obituary written “was supported by all the major sources we consulted.”

Elliott noted to iMediaEthics, “As I said in the column, I think we did all that we could with the available resources to investigate his claims and could find no new evidence that would lead us to amend the obituary.”

Elliott also pointed to a comment he posted on his column that says,

“…I kept thinking maybe there is some aspect of the man’s life that might need updating from the obit. The Guardian‘s archive is an historical record and if Hussein Amin had unearthed something entirely new that proved a substantial fact wrong in the obit it would have been worth it. There was a confluence of factors that made me decide to go ahead on this occasion but you are quite right – in most circumstances, a complaint after this length of time would not have been investigated. And we do have enough to do so back to the House of Corrections”.

Should Amin decide to further his complaint, iMediaEthics notes that the Guardian recently announced that it is establishing a review panel to which readers can appeal readers’ editor decisions.

Amin told iMediaEthics he sent a letter to the editor in response to Elliott’s columns. The letter, a copy of which he sent to iMediaEthics, argues in part, “As is clear in your article, my concerns are brushed aside including non mention of the glaring professional journalism errors that I raised by email.”

He goes on to complain about what he saw as reporter Patrick Keatley’s “emotional, personal judgements”  in articles about Amin, including the use of the word “snake” as a comparison for his father.

Keatley had written of Amin

“He also possessed a kind of animal magnetism; a quality he used with sadistic skill in his dealings with people he wished to dominate. In his relations with women it brought him a succession of casual mistresses, longer-serving concubines, and six wives. Turned against men, this magnetism was used as by a snake on a rabbit; Amin soon learned how to exploit it to frighten, dominate and command. It explains the otherwise bizarre decision by his last British colonial regimental commander to select Amin as one of the first two black Ugandans to be promoted to commissioned rank, when his educational background was virtually nil.”

Amin responded to iMediaEthics about this, “But what is also totally malicious and unethical are the direct insults by the Guardian journalist Mr. Patrick Keatley, calling my father ‘a snake’. At least if he were quoting someone as journalism requires, I would be OK with that.  The Guardian seems to consider that a journalist slandering someone is legitimate practice.”

Further, in his e-mail to iMediaEthics, Amin again questioned the Guardian‘s citation of Amnesty International’s figures related to those killed.

iMediaEthics has written to the Guardian to ask if it will publish Amin’s letter.