iMediaEthics' Most Popular Stories of 2012

iMediaEthics’ Most Popular Stories of 2012 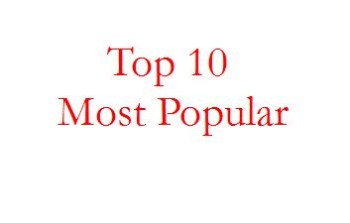 Check out iMediaEthics’ most popular stories published this year.  Ranking was determined based on unique visits as measured by Google Analytics.

10) Inside the Drake-Chris Brown Fake Video: Interview with the Hoaxer

In mid-June, the entourages of Drake and Chris Brown got into a big bar fight in New York’s WIP club

Quickly thereafter, news outlets including the New York Daily News and WPIX posted — and later deleted — a YouTube video allegedly showing the fight.  But the story doesn’t end there.

In August, a man named Jeffrey Johnson, disgruntled over a job loss, fatally shot a man named Steven Ercolino near the Empire State Building. But instead of just publishing stories on the murder and Johnson’s being killed by police, news outlets including the New York Times and New York Post ran graphic photos of Ercolino and Johnson’s dead bodies on the sidewalk seemingly lying in pools of blood.  The Times defended the photos as “newsworthy,” but Ercolino’s brother, Paul Ercolino, slammed the “horrific journalism” and lack of “respect and dignity” shown toward his brother.

Major storms don’t just bring high winds and torrents of rain; they also often bring fake photographs. In recent years, Photoshopped pictures of sharks also end up being circulated when floodwaters are around.

One photo, uploaded to My Fox Tampa Bay’s website this year, showed a shark swimming in flood waters. The uploader said the shark was “swimming in bayshore” locally. But, as we noted this summer, the photo bore a suspicious resemblance to a phony picture that had circulated last year when Puerto Rico was hit by floods from Hurricane Irene.

The fake tweets, from the now-suspended account @JolieProject, criticized Croatian Olympics coach Slavko Goluza, Scepanovic  reported.  Goluza was even tricked by the tweets, defending his actual comments following his team’s win against Serbia.

6) Rasmussen and the Allegedly Skewed Polls

In September, iMediaEthics’ polling expert David Moore reminded readers to always check a variety of polls before coming to any conclusion about the mood and opinions of the American public.

In August, NBC News made an error in wrongly reporting that “Astronaut Neil Young, first man to walk on the moon, dies at age 82.”  Later, NBC News posted an “editor’s note” for having “briefly misstated Neil Armstrong’s error” and scrubbed the mistake.

The error also made it to our list of the year’s ten best corrections and errors.

Two Australian DJs prank-called the hospital where Kate Middleton was being treated for pregnancy-related illness in December. Days after they were connected to a nurse, and the call was aired on their radio station 2Day FM, the nurse who answered the phone, Jacintha Saldanha, was found dead of an apparent suicide.

As a result of the public backlash, the station suspended the two DJs, canceled their show and later announced a donation to a fund for the nurse’s family.

In June, a phony photo showing sharks swimming at the foot of escalators circulated claiming to be both at Kuwait’s Scientific Center and Toronto’s Union Station. Buzz  Feed posted the photo as if it were from Kuwait, but later added an editor’s note disclosed it as “FAKE FAKE FAKE!”

“Having worked at Gallup for 13 years, as Managing Editor and then Senior Editor of the Gallup Poll, I can assure you that being accurate is the only motive for modifying the model.”

iMediaEthics’ London Shearer Allen, who has a photojournalism background, questioned R. Umar Abbasi’s account of his photographs of Ki-Suck Han moments before a New York City subway train killed him this month.

While Abbasi said he took the pictures while using his camera’s flash to warn the train driver and his photos just happened to be good enough to sell to the New York Post, Allen argued that, based on the composition, Abbasi was focusing on taking pictures, not on trying to help Han.

iMediaEthics’ Most Popular Stories of 2012