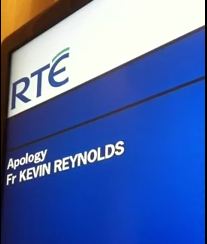 According to the Irish Times, this libel case prompted the review, however, Horgan “will not be making recommendations in relation to any disciplinary proceedings.”

The Irish Times reported that  RTE’s director general Noel Curran asked Horgan to review RTE.  His review will be done “without payment.”

We wrote to Horgan’s office as Ireland’s press ombudsman to learn more about his review of RTE.  Miriam Laffan from the Press Ombudsman’s office told iMediaEthics by e-mail that “The Press Ombudsman has decided not to make a statement on this matter.”

She also included RTE’s statement on Horgan’s appointment, which notes that Horgan’s “recommendations to the RTE Board” will likely be published.

Horgan was named Ireland’s press ombudsman in 2007. He is the first ombudsman for Ireland.

The Press Council was created in 2008 to provide “independent press regulation” and handle complaints from the public. According to the press council’s website, the council is made up of 13 members and fifteen newspapers subscribe to the council.

The council’s code of practice (see here) emphasizes truth and accuracy, the line between news and editorial, fairness, privacy, respect, and source protection, among other things.

Last year, the council processed 91 complaints, 53 of which Horgan decided, according to the Press Council’s 2010 report.  224 complaints weren’t processed because there were no evidence a news outlet broke the council’s standards, there was no jurisdiction, or a lack of follow-up on the complaint.